Houthis say have lowest COVID-19 infections in their areas 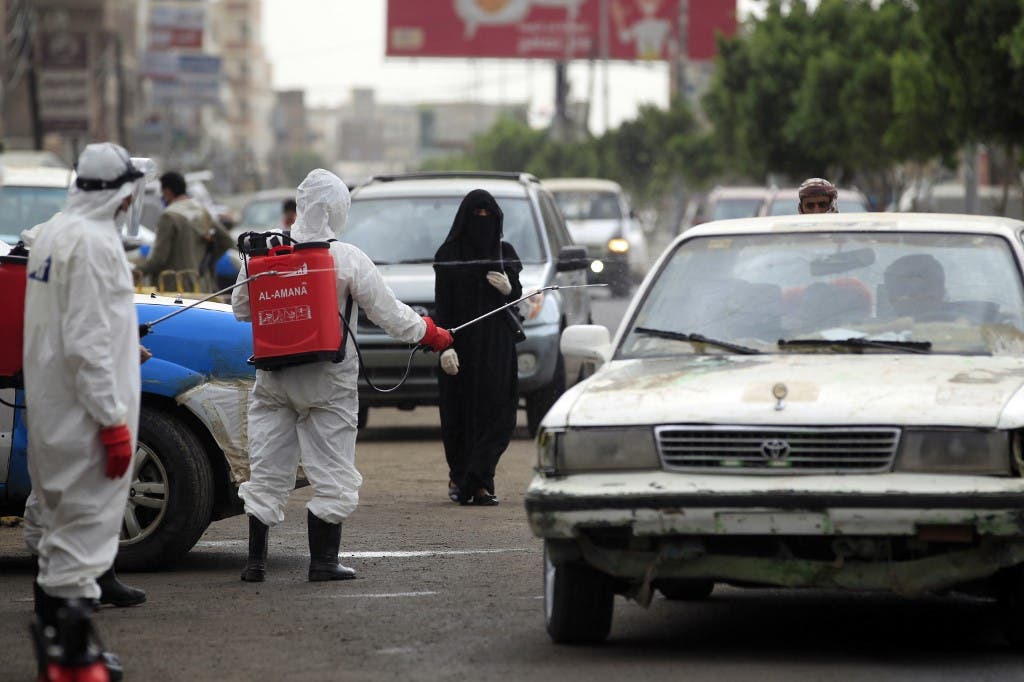 The rate of COVID-19 infections in Houthi-held areas is the lowest in Yemen, the group said Tuesday, citing the strict security and health measures taken there.
While Houthi authorities refuse to publicize real figures of COVID-19 infections and deaths in northern areas under their control, the official government has recorded 496 cases, including 112 deaths and 23 recoveries, until Monday evening.
"Government-held areas in the southwestern governorate of Taiz witness the second highest rate of coronavirus infections, after Aden," the Houthi health minister said at a consultative gathering for health sector in Taiz.
Yemenis living in Houthi-controlled areas of Taiz enjoy good healthcare service," Taha al-Mutawakil added, as the "occupied areas" of the governorate suffer collapse in the service.
The Houthi official accused the UN of "trading in sufferings of southern governorates .. to get funds without using them to improve healthcare reality there.
"Mercenaries in Aden presented the figures required by organizations, but have received nothing from the UN or other international agencies."
It is the UN responsibility to provide peoples with assistances, not to shed tears, as the case in Yemen, he added.