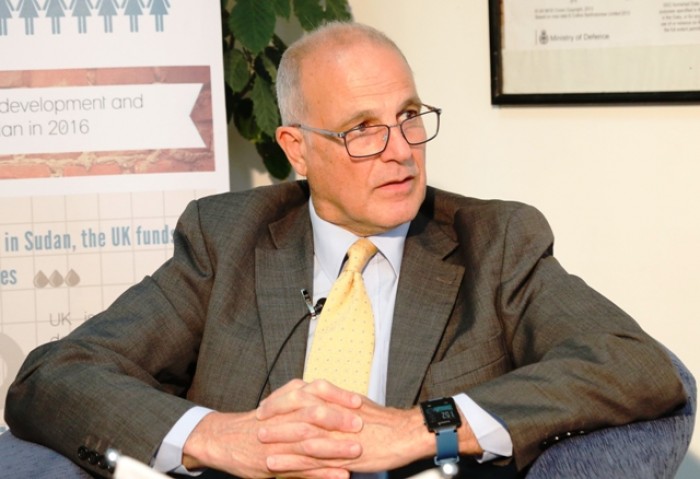 The consultations between the UN envoy for Yemen and the Iranian-backed Houthi group are positive, the British ambassador to Yemen said Wednesday.
The talks between Martin Griffiths and the Houthis are being held in positive circumstances, Michael Aron added in remarks to Asharq Al-awsat, as he believed that the envoy "was optimistic .. and was in contact with all parties. We are expecting good news to come from these efforts."
The UK diplomat called on the legitimate government, Houthis and Southern Transitional Council (STC) to show greater responsibility, given the very, very bad conditions the country is enduring, hoping that they would move forward towards a comprehensive settlement.
He cited the ongoing fighting in Marib, Abyan and Hodeida, saying it was unacceptable in wake of the dire humanitarian situation, the novel coronavirus outbreak and other crises.
On efforts to implement the Riyadh Agreement between the legitimate government and STC, the UK ambassador also hailed the circumstances as positive, but said he hoped the legitimacy would present some positive steps from its end.
He spoke of the need for "flexibility" from both parties, saying that Saudi Arabia has a good plan.
Aron stressed the need for the STC to end its declaration of self-rule, adding that he "understands" the issues that are being proposed in the interim capital Aden, but there is a need today for the legitimate government to return to the city.
The Riyadh Agreement must be implemented so that a new government can be appointed, he suggested, reiterating the need for flexibility from both parties for positive results to be reached on the ground.