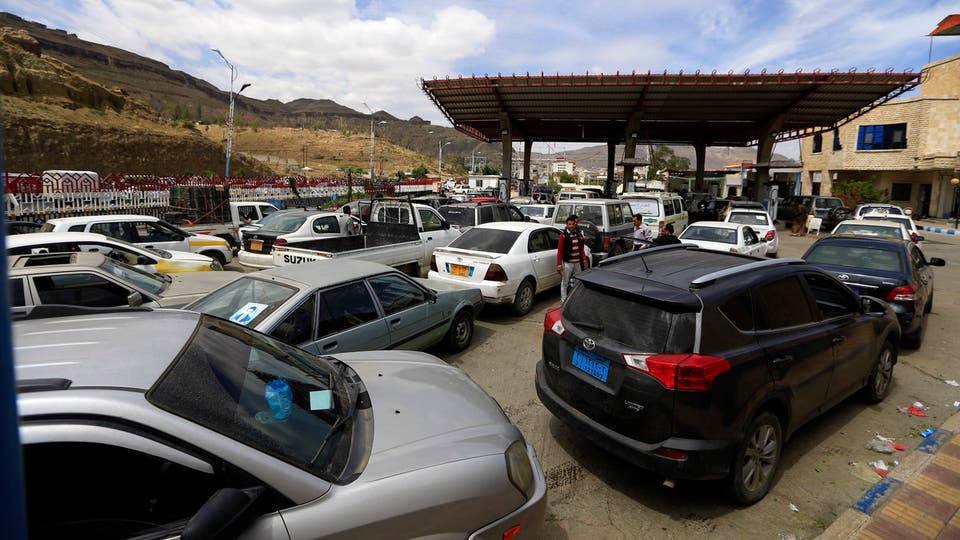 The Yemeni internationally-recognized government on Wednesday accused the Houthis of deliberately creating fuel shortage in northern areas under the group's control, in order to boost black market, renege from agreement with the UN envoy and cause humanitarian crisis.
The government and Saudi-led coalition have nothing to do with allowing or denying access to oil tankers to Hodeida seaport, the government-run supreme economic council said in a statement.
The tankers are only subject to inspections conducted by the UN, it added.
By creating a new fuel shortage, the Houthi group tries to renege its pact with UN envoy's office on the collection of legal fees on oil imports and deposit them into a separate account at the Hodeida-based Central Bank before using them to pay civil servants' salaries, it claimed.
Hundreds of cars have already queued in long lines in front of gas stations in the Yemeni capital, said eyewitnesses in Sana'a, in a bid to refuel.
On Tuesday, the Houthi-run Yemeni Petroleum Company (YPC) said it would adopt a "numbering system at gas stations in Sana'a City.
The Saudi-led coalition is detaining 15 vessels with oil onboard off the Saudi southern port of Jizan, the YPC claimed, noting that the tankers had "completed verification and inspection measures in Djibouti and obtained UN permissions to enter" the Yemeni western port of Hodeida.