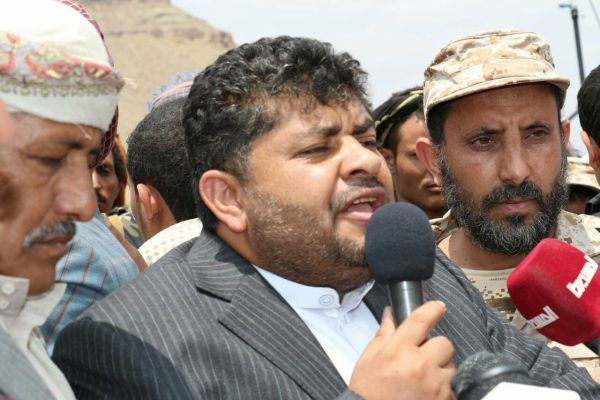 The Houthi group on Saturday warned Egypt of a military intervention in Libya, hours after President Abdel Fattah el-Sisi had instructed its army to get prepared for any operation outside the country.
"We don't advise brothers in Egypt to militarily intervene in Libya, even if it's based on concerns about the Turkish presence there," member of the Houthi Supreme Political Council tweeted.
"Attrition in these battles is useless," Mohamed Ali al-Houthi added. The result "will be exhausting, or even more."
"The real risk is the Zionist entity's persistent plots, by which it seeks to secure its future through sparking sham, useless battles."
On Saturday, President Sisi said "any direct intervention by Egypt has now international legitimacy," arguing that his country had the right to self-defense after facing direct threats from "terrorist militias" backed by foreign powers in Libya.
"Get prepared for any mission here inside or, if need be, outside our borders," Sisi told a number of his air force pilots.
Yemen has been racked by an armed conflict that broke out after the Iranian-backed Houthis had ousted the internationally-recognized government late in 2014.
The conflict escalated after a Saudi-led coalition intervened militarily in the country in March 2015 to reinstate the government of President Hadi.