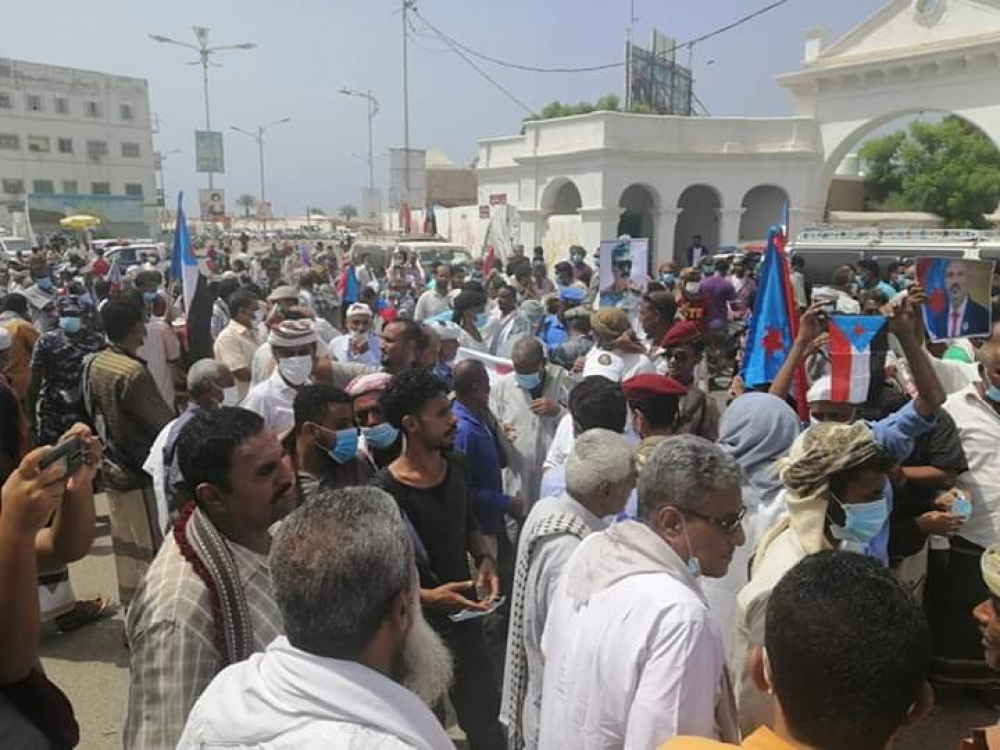 Having agreed to ceasefire in Abyan as of Sunday morning, the Southern Transitional Council (STC) on Saturday declared escalation in another Yemeni governorate of Hadhramout.
A joint military-tribal committee on Friday reached a deal on ceasefire in Abyan, in implementation of the Arab coalition's announced deployment of ceasefire monitors in the southern governorate on Wednesday, the Anadolu Agency quoted a member of mediation team as saying.
"A meeting was held with military leaders from Yemen's internationally-recognized government and STC," Sheikh Mohamed al-Marqashi added. "All the conveners agreed to a comprehensive ceasefire starting Sunday morning.
"The pact provides for reopening the international road, connecting Aden to other southern provinces, for traffic from 6 am to 6 pm," he said.
Separately, the Emirati-backed STC declared early on Saturday renewal of escalation, after 3-day pause, against the official government in the Yemeni southeastern governorate of Hadhramout.
Escalation is resumed due to the "government's failure to honor its commitments and unwillingness to apply the Riyadh Agreement," head of STC in Hadhramout said.
Salem Ahmed bin Deghar also called on STC supporters to get prepared for continual escalation and press for self-governance in Hadhramout.
On Tuesday, the STC declared pause of escalation in Yemen's largest governorate, in response to its leadership's announcement of de-escalation across south Yemen, in order for the parties to meet and start application of the Riyadh Agreement they inked last November.
On 26 April, the STC announced state of emergency and self-government in Aden and other southern provinces under its control, a move that was dismissed by the official government as a rebellion against its legitimacy and the Riyadh Agreement.