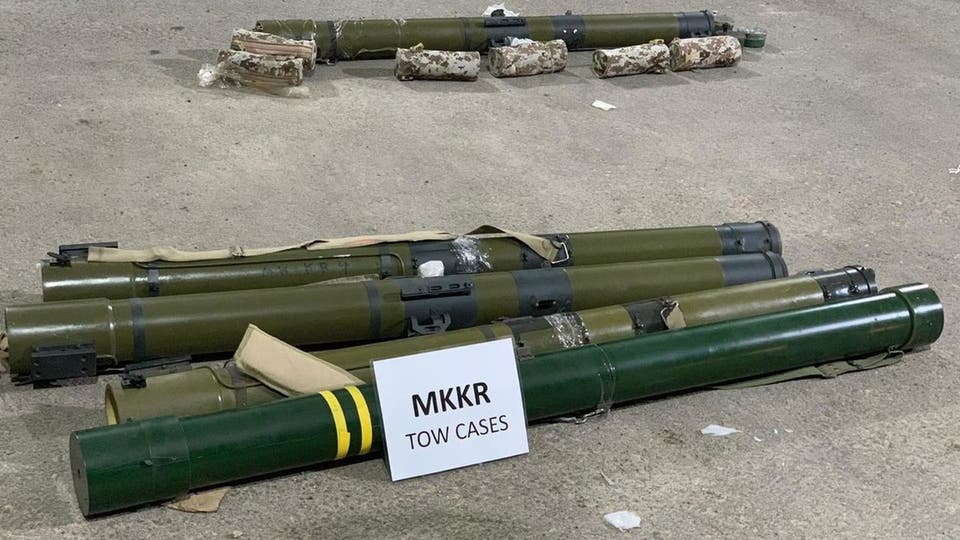 A boat loaded with arms has been intercepted en route to Houthis, spokesman for the Yemeni joint forces fighting in the western coast said Wednesday.
The Yemeni Red Sea coastguard force on Tuesday seized a smuggling boat carrying a variety of weapons, including munitions, revolvers and other pieces heading for the Houthi group, Wadhah al-Dobaish added in remarks carried by Xinhua.
While at a routine mission near a Yemeni island, a coastguard patrol was suspicious of the boat that was held along with its crew, he said.
The boat is Yemeni, the spokesman, noting that all the sailors are Yemeni nationals and are now being questioned for further information that will be publicized later, as "sea smuggling is abnormally in the rise."
On Tuesday, the Saudi-led coalition claimed to have seized Iranian weapons en route to Houthis in two separate operations.
"The first seizure was on 17 April off the Yemeni eastern governorate of Mahara" bordering Oman, al-Arabiya said, adding that the second operation took place on 24 June, without further details.
Among the seized weapons were thermo antiaircraft and devices for controlling drones, the Saudi TV added.