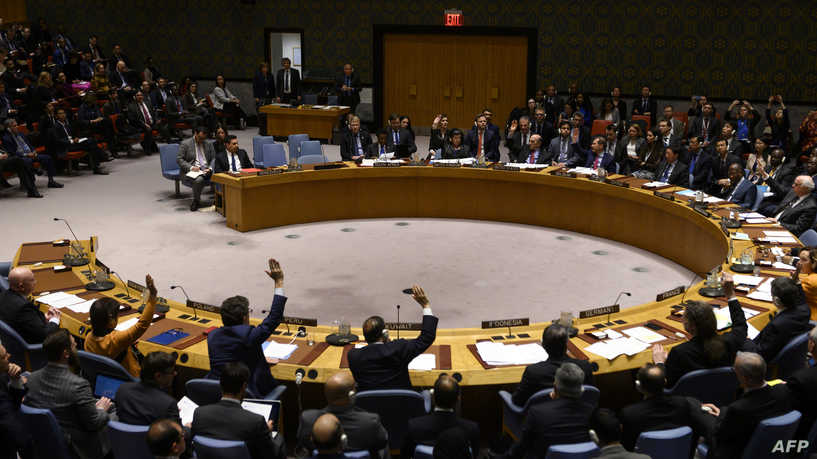 London (Debriefer) - Germany and Britain are expected to set a date for a UN Security Council session on Monday to discuss Yemen's floating storage and offloading (FSO) facility Safer, at request from the Yemeni official government, Asharq Al-awsat reported.
Asked by the UNSC current president, the German Ambassador Christoph Heusgen, Britain has called for a meeting repeatedly sought to find a solution for the 'time bomb' posed by Safer and avoid grave risks to maritime life in the Red Sea and nearby areas.
The UNSC will likely convene this week to pressure the Houthis into allowing the UN experts to check the derelict supertanker and sparing the wider region an environmental disaster, said diplomats in New York, according to the Saudi paper.
Reservations expressed by South Africa, Indonesia, Russia and China on the meeting have been coped with, the London-based paper added.
The Yemeni government's appeal to UNSC meeting on Safer is absolutely a "political question", the Houthi group commented.
"The issue of Safer is raised for the first time after five years" of war, said the Houthi minister for fisheries. "Where were Britain and the Security Council when we recurrently offered initiatives with no one hearing us?"
The Houthi Supreme Political Council (SPC) proposed that Safer's crude be sold and revenues shared between Aden and Sana'a to pay civil servant salaries, Mohamed al-Zobairi added.
On Wednesday, Houthi SPC member said his group has sent a technical team to do initial repairs on the facility off the Yemeni western port of Ras Isa.
"A team has been deployed for initial repairs on Safer tanker," Mohamed Ali al-Houthi added in a tweet without identifying the team.
The group made a proposal, he said, but according to a member of the government-run economic committee "the Houthis, through their proposal, wanted to allow access only for their experts but not the UN specialist team," Asharq Al-awsat said.
The Houthis call for a dangerous matter disclosing their vicious plans, Dr. Faris al-Ja'adi added.
"If their goal is to maintain and fix the tanker, why shouldn't this take place under international specialist supervision? Why should it be repaired while loaded with crude?
"They should first discharge oil out of the tanker, and revenues should be spent on citizens' salaries and services, particularly in fighting Covid-19."