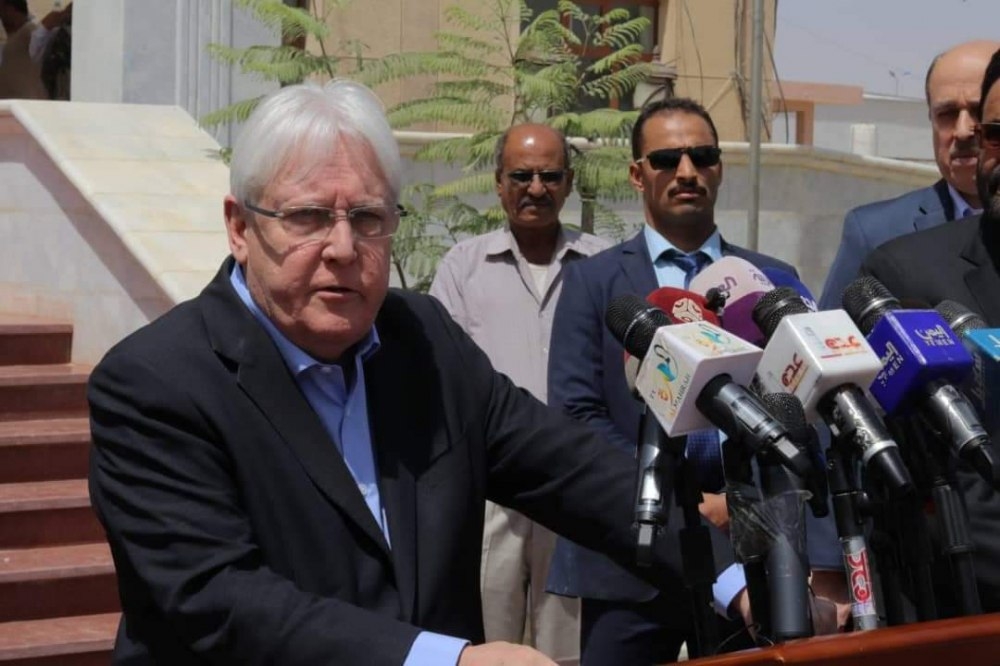 Riyadh (Debriefer) - The Houthi group has refused to receive new peace proposals from the UN or to meet with its envoy for Yemen, Martin Griffiths, Okadh said Monday.
The Houthis rejected Griffiths' new proposals on inclusive ceasefire, deployment of monitors, launch of economic measures and inauguration of comprehensive political dialogue, the Saudi paper quoted Yemeni informed sources as saying.
The Houthi refusal is based on the fact that they had already sent their version of a comprehensive solution to the United Nations, the sources added.
Houthi senior negotiator and spokesman, Mohamed Abdul Salam, refused to meet with Griffiths and his team during their recent visit to Muscat, according to the sources.
To hold a meeting with the UN envoy, the group asked for all vessels arriving in Yemen be exempted from detection by the UN and the Arab coalition, in a bid to smoothly smuggle Iranian arms, the sources said.
According to Al-Arabiya TV, the group rejected the meeting in objection to guarantees offered by Griffiths to Yemen's internationally-recognized government, that the Houthis would not re-loot funds from the account into which oil revenues are deposited.
Griffiths presented the guarantees in order for the government to allow entry for four oil tankers to the Yemeni western port of Hodeida, the sources said.
The UN envoy wanted to eases the growing shortage of oil derivatives in the Houthi-held capital of Sana'a, the sources added.