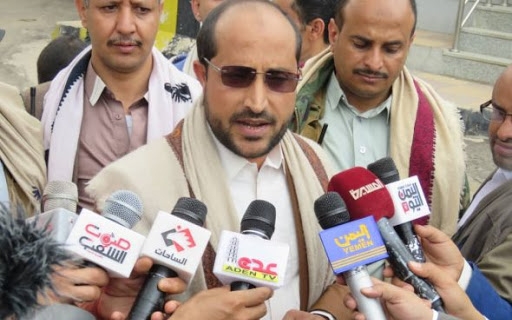 SANAA (Debriefer)--The stock of fuel in Houthi-controlled regions will completely run out in coming days, executive director of the Yemen petroleum company in Sanaa, Ammar Al-Adhrue, said on Friday, warning that the health sector will be affected most by fuel shortages.
In a statement to the Houthi-run Almasirah TV, he accused a Saudi-led coalition fighting in support of the internationally recognised government of holding 20 fuel ships in the sea.
The UN should take action to stop piracy against fuel ships which will result in catastrophic impacts on Yemeni hospitals full of patients, he said.
"What an irony! An international action is underway for the sake of sea creatures threatened by a possible leak of the crude onboard the decaying Safer floating storage and offloading terminal but there is no action for the sake of 26 million Yemenis suffering from blockade and holding fuel ships," he said.
He held the UN and the coalition fully responsible for consequences of the continued seizure of Yemen-bound fuel ships.
In the past two weeks, three fuel ships arrived in the western province of Hodeidah, the Houthi Group said.
The government said it has allowed four fuel ships to enter the Houthi-run Hodeidah seaport upon request from the office of the UN envoy to Yemen, Martin Griffiths, in order that the office can arrange for a meeting between the government and the Houthis.
The Houthi-run regions have been facing acute fuel shortages for weeks, with the government blaming the crisis on the Houthis.