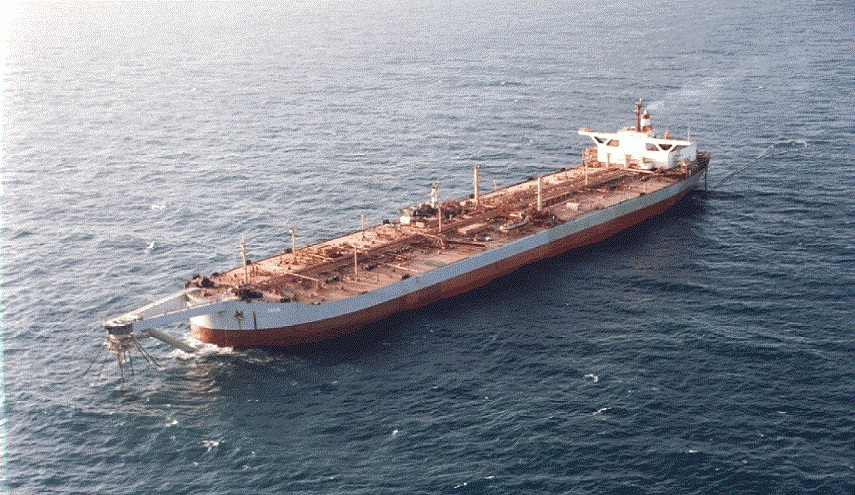 WASHINGTON (Debriefer)--Oil has been spotted around 31 nautical miles from the location of Yemen's decaying Safer oil tanker, Saudi Arabia has said, warning an environmental disaster is looming in the Red Sea.
An oil spill from the tanker would be four times worse than the disaster of the Exxon Valdez off Alaska in 1989, said Saudi ambassador to the UN, Abdullah Al-Mouallimi.
The supertanker is moored off Yemen's western coast, with more than 1.1 million barrels of crude oil onboard. It has been left unmaintained for five years. Lately warnings and concerns have started to grow that it could explode or sink at any moment coinciding with reports seawaters were seeping into its engine room.
"Experts have suggested that one of its pipes is suspected to have been disconnected from its hawsers and now it is floating on the sea surface," the ambassador said.
"The tanker is in critical condition. Its systems and equipment have deteriorated. It is threatening all countries on the Red Sea, especially Yemen and Saudi Arabia. This dangerous situation should not be left unaddressed," he said in a speech to the UN.
The Yemeni government is accusing the Houthis, also known as Ansarullah, of using the issue as a leverage in the political process.
Recently, the US administration called on the Houthis to cease their environmental brinkmanship and allow UN experts to access and repair the tanker.