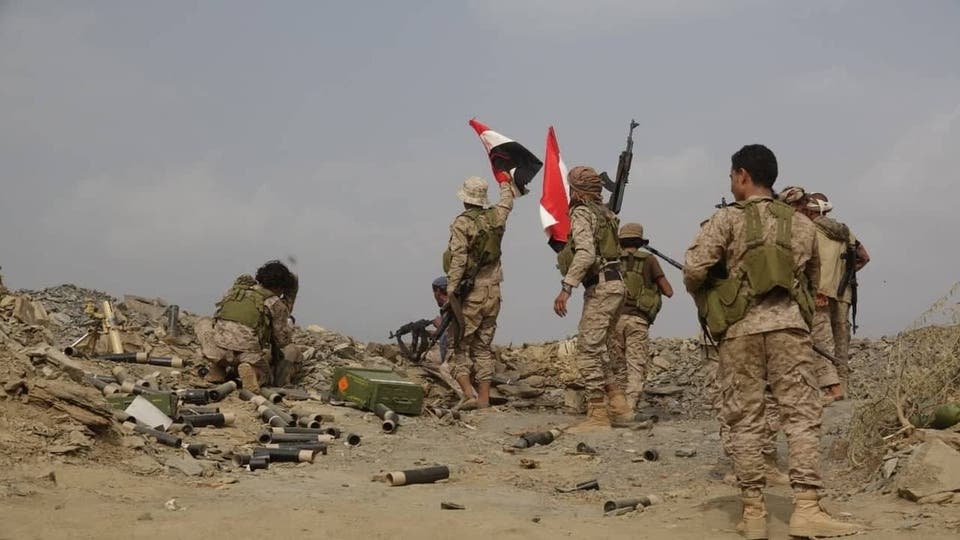 Marib (Debriefer) - The Yemeni official government troops on Wednesday took control of strategically important sites in Sirwah, west Marib governorate, sources in the seventh military region said, after fierce fighting with the Houthis.
Backed by the Arab coalition warplanes, the national army and tribesmen "successfully seized the two strategic hills of al-Shief and al-Mohtadi in the right part of Sirwah front, amid Houthi retreatment towards the town's market," the sources added.
"The Houthi group underwent gross losses during fighting overnight and early Wednesday, as tens of its fighters were killed or injured, and government troops recovered a number of military machines and a variety of weapons in sites where the Houthis fled.
"The concentrate blows, conducted by the Arab coalition warplanes on Houthi sites and reinforcements, had deep impact in achieving these field wins," according to the sources.
For the second successive month, the oil-rich governorate of Marib has seen grave hostilities, the fiercest since the war outbreak, between the Arab coalition-backed government army and the Iranian-backed Houthi group.