Houthis claim to have captured stronghold of Al-Qaeda, Daesh in Yemen's Bayda 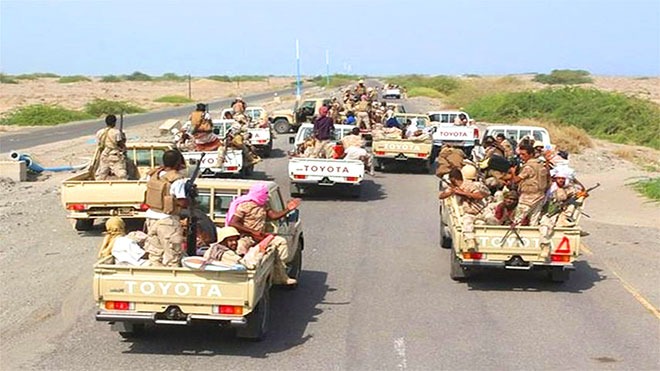 BAYDA (Debriefer)--Battles continued to rage between the government and Houthi forces in Yemen's Bayda province as the Houthis claimed on Monday to have captured the main stronghold of Al-Qaeda and Daesh west of the province.
We launched a massive assault on the area of Qayfah in the district of Al-Qurayshiah that continued for three days and ended with our takeover of the main stronghold of the two terrorist groups in the area of Yakla, a Houthi military source told Debriefer.
The Emir of Al-Qaeda in Al-Qurayshiah, Abu Suraymah, and the group's supply officer, a Pakistani known as Abu Hafs, were killed along with others in the fighting, the source said, adding that other militants were captured.
The remaining leaders and members of Al-Qaeda and Daesh escaped to Marib, Abyan, Lahj and Shabwa, the source added.
On Sunday night, the Houthis released confessions of operatives of Al-Qaeda and Daesh who had been captured in the province.
The militants said they were from and received military training in Aden and Hadramout and then transferred to Bayda to fight against the Houthis, according to the Houthi-run Almasirah TV. One of them was a Saudi national who said he had been lured to fight alongside IS first in Hadramout and later in Bayda.
Al-Qaeda and IS militants from a number of foreign countries including Pakistan, Afghanistan, Egypt and Saudi Arabia have been killed in the battles in Bayda, the Houthis said.
Activists in the area of Qayfah in the town Rada'a circulated a photo of one of Daesh leaders, named Abu Talha Al-Masri, who was killed in an attack by the Houthis on positions of the terrorist group.