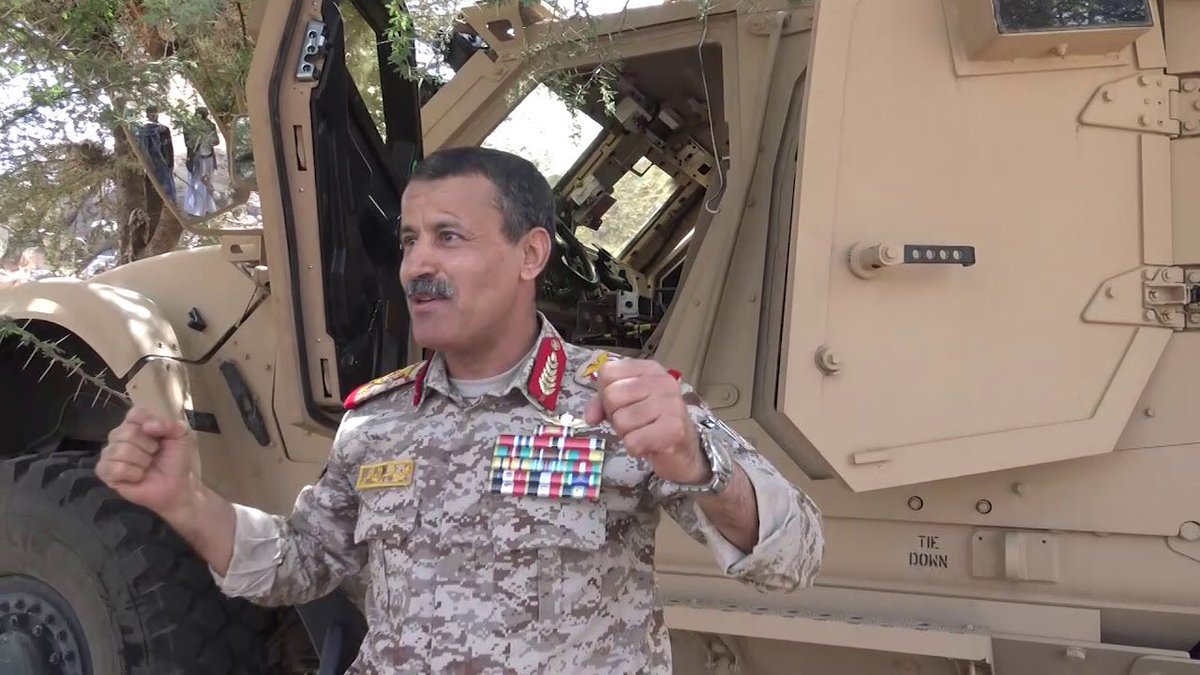 JAWF (Debriefer)--The Houthi Group on Saturday warned a Saudi-led coalition fighting in Yemen to move the war to a major pain phase.
Defense minister, Maj. Gen. Mohammed Al-Atifi, said while visiting Houthi fighters in the district of Khabb Wa Sha Sha'af in Jawf province: "We are now in the fourth strategic phase of the deterrence balance operations".
"The more the aggression coalition escalates and commits crimes against the Yemeni civilians, the more options we have and the more ready we are to deter it," he added, according to Almasirah TV.
Our forces have moved into a new advanced phase of preparedness, including keeping up with modern technologies that are capable of facing the coalition's technologies in the short and long term, he said.
We have reshaped the map of the military operations in the republic of Yemen within the national and strategic battle for liberation and independence, he said.
The coalition has been fighting the Houthis in support of the government of internationally recognised president Abdrabbuh Mansur Hadi since March 2015. The Houthis ousted the government and seized power in late 2014 and have since been controlling the capital Sanaa and all the northern provinces.
Al-Atifi advised the coalition to stop its aggression and blockade on Yemen. If they continue the war, we will be the one capable of controlling the end of the war, he added.