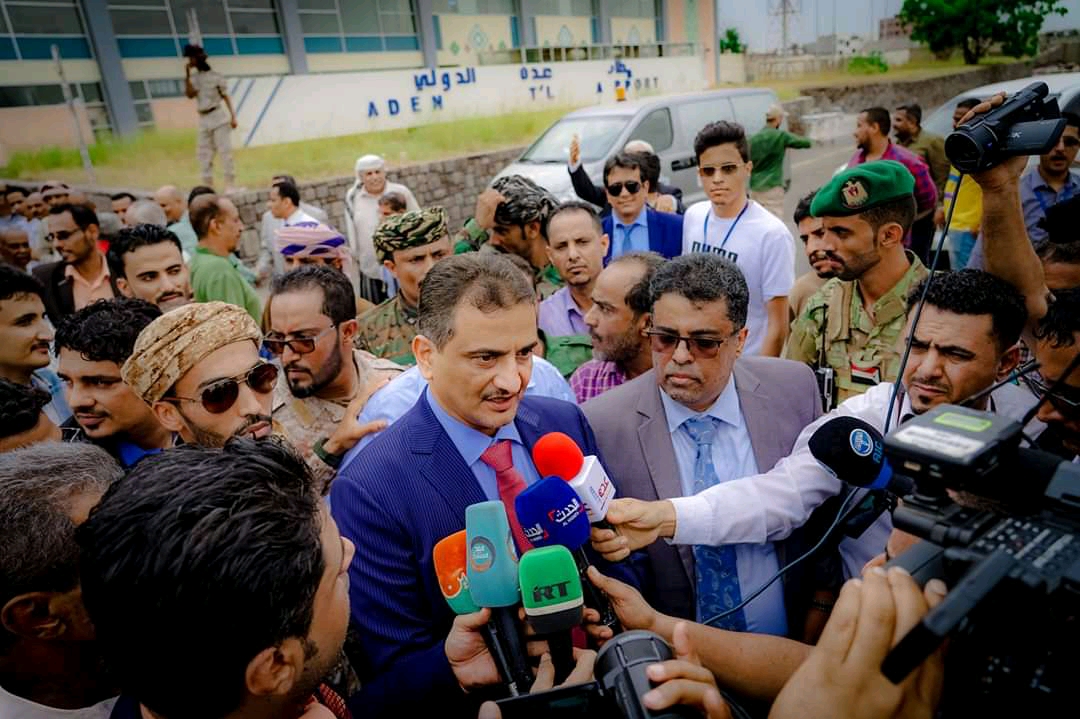 SANAA (Debriefer)--Saudi Arabia seems to have bowed to demands of the southern transitional council and allowed the newly appointed governor for Aden, Ahmed Saleh Lamlas, to go back to Aden.
It is seeking to salvage the Riyadh Agreement after the council suspended its participation in consultations with the internationally recognised government to form a power-sharing government.
Lamlas was appointed by president Abdrabbuh Mansur Hadi after the government and the council accepted a mechanism presented by Saudi Arabia in July to accelerate the implementation of the agreement.
More recently, leaks revealed Saudi Arabia was preventing Lamlas from leaving it, pressuring the council to implement the military and security part of the mechanism first.
The leaks were confirmed by activists close to the council in the past days who said the council has put new conditions for pulling its forces out of main cities.
Upon his arrival in Aden on Wednesday, Lamlas said his top priority was to improve the basic services in the city.
"We have developmental aid from our brothers in the Saudi development and reconstruction program for Yemen and the government which will facilitate our efforts to return the situation to normal in the interim capital," he said.
Prime minister, Maeen Abdulmalik, said at a recent meeting with Lamlas the government would support the vision of the governor to address challenges facing Aden.
The mission in the next period should be focused on activating the state institutions and unifying the security decision under the state's umbrella and in accordance with the Riyadh Agreement and the mechanism to accelerate the implementation of the agreement, Abdulmalik said.