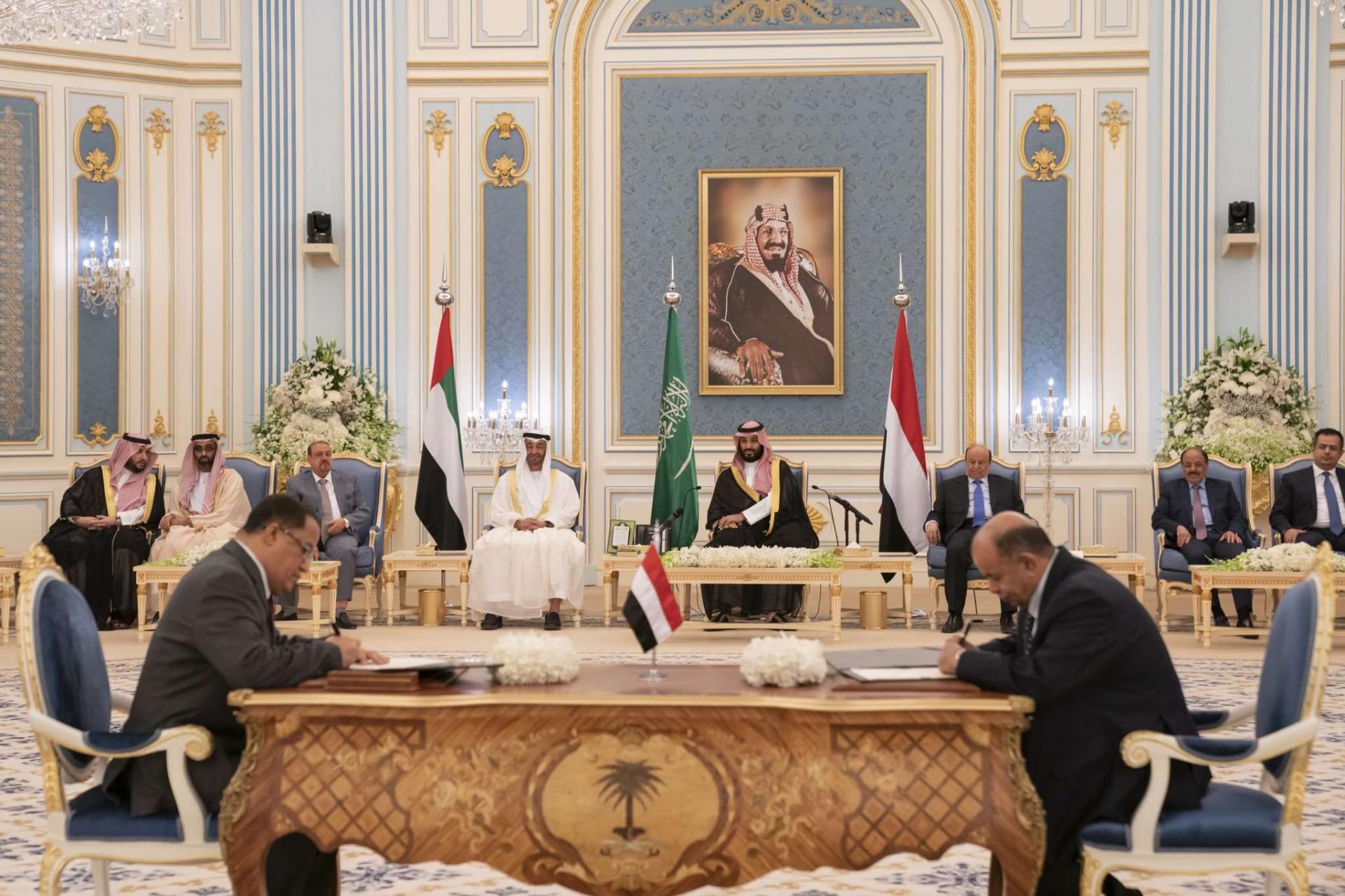 Report (Debriefer) - Few hours are left for the deadline set under the Riyadh Agreement accelerating mechanism for the Yemeni new government to be formed, but no clear indications that the cabinet would be declared soon.

The new deal gave one-month deadline for a new technocrat government to be formed and its 24 ministers (fifty-fifty shared by south and north) named.

While the first step was taken, by assigning Dr. Maeen Abdulmalek to form the government and starting talks with stakeholders, the recent rapid developments hindered the final touches before officially announcing the sought government.

Military escalation and fierce confrontations between government troops and Emirati-backed STC forces recently erupted in the southern governorate of Abyan.

Resultantly, the STC on Tuesday suspended participation in ongoing negotiations with the Yemeni official government on the application of the Riyadh Agreement and its accelerating mechanism.

Yemeni public was disappointed by the STC decision, on which no comment has been released by Saudi officials.

On Thursday, STC chairman said they would neither let down gains achieved by southerners nor waiver their goals to restore and build the south state.

For observers, these remarks by Eidroos al-Zobaidi were a new declaration on abortion of the new government before its delivery, and a new pin to the Riyadh pact's coffin.