Saudi-Israel overt normalization and high cost 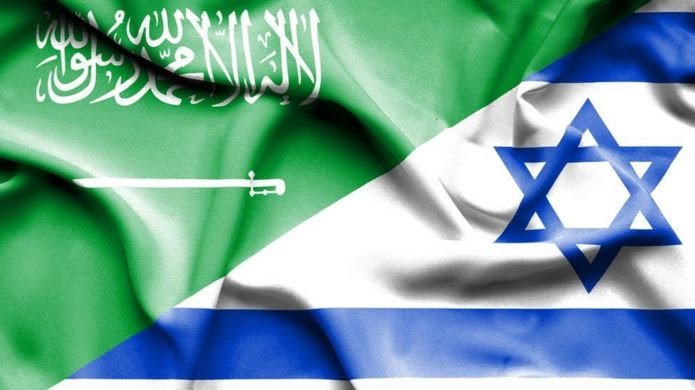 Cairo (Debriefer) - The recent Emirati-Israeli normalization deal mid-August has raised a wave of predictions about which Arab countries that are expected to rush for similar pacts with Israel.
Eyes are however looking at the Kingdom, with Riyadh under external pressures from the current US administration and the Emirati ally to engage in open normalization with Tel Aviv, and internal opposite ones from the Saudi people and opinion.
While the US has successfully depicted Iran as a common enemy threatening the regional security and peace – which created somehow indirect contacts and mutual cooperation, particularly in intelligence, between Saudis and Israelis – Riyadh is undoubtedly lacking courage enough to take these relations into publicity as Abu Dhabi did.
"Any Saudi adventure to normalize with Israel would cause high cost to the regime and ruling class in the Kingdom, very uniquely seen in terms of an issue highly sensitive for Arabs and Muslims," says Yemeni researcher specialized in international relations.
"Normalizing relations with Israel may have positive impacts on the US President Donald Trump in his next election campaign, which explains his administration's growing pressures for progress in this regard," Adel al-Najar added in remarks to Debriefer.
"Nonetheless, from theoretical and practical viewpoint, this will never serve Saudi Arabia. Contrarily, it'll have inconvenient impacts on a country looked at as the guardian of Islamic sanctuaries."
Last night, a phone call between President Trump and King Salman Bin Abdul Aziz discussed the issue (among others) of normalization with Israel, which the Saudi King refused to talk about, according to sources close to the royal office.
As part of his increasing pressures, President Trump sent his advisor Jared Kushner to some Gulf states, in hope that this visit could succeed in persuading the countries there to further develop relations with Israel.
Messages from the Kingdom confirm that Saudi officials have constant stance; normalization with Israel depends on the establishment of a sovereign Palestinian state with Eastern Quds its capital, according to Arab initiative previously issued by the Arab League.
Depending on his friendly relations with Mohamed Bin Salman (MBS), Kushner seeks to change the Saudi stance and urge the Saudi Crown Prince to declare normalization with the Jewish state, as his friend Mohamed Bin Zayed (MBZ) did.
The three men (Kushner, MBS and MBZ) think this step would weaken Iran's hand in the region and boost their countries' economic, military and security partnership.