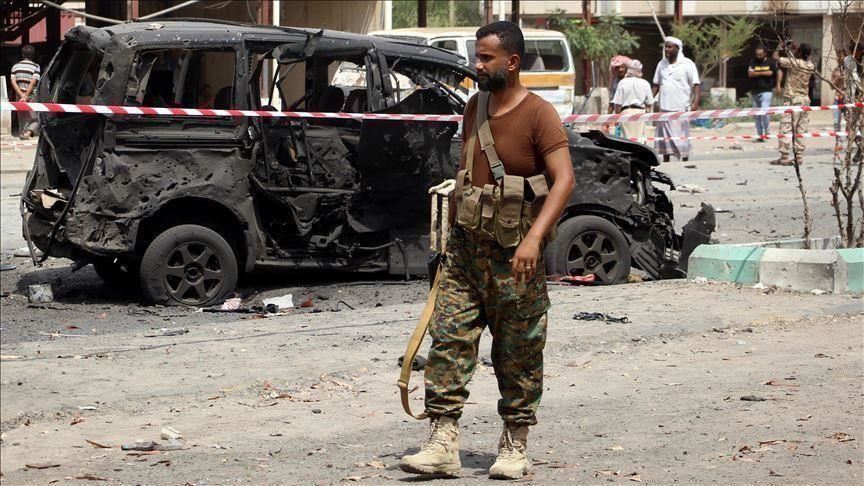 ABYAN (Debriefer)--At least 12 government troops, including a senior officer, were injured in drone attacks in Yemen's southern province of Abyan on Friday, a military source said.
The attacks occurred in the area of Shaqra in the district of Khanfar east of the province's capital Zinjibar and are believed to be carried out by the forces of the UAE-backed southern transitional council, according to the source.
Months-long battles between government and STC forces eased after the two sides agreed to a ceasefire sponsored by a Saudi-UAE coalition fighting in Yemen in June. It was the first time drones were used in the fighting.
Clashes raged early Friday in the areas of Al-Sheikh Salim, Al-Tariya and Wadi Sayla following the attacks.
Spokesperson for the STC's fourth command, Mohammed Al-Naqib, accused the government forces of breaching the ceasefire.
The STC forces responded to heavy shelling along the coastline, inflicting heavy losses on the government forces, he wrote on Twitter.