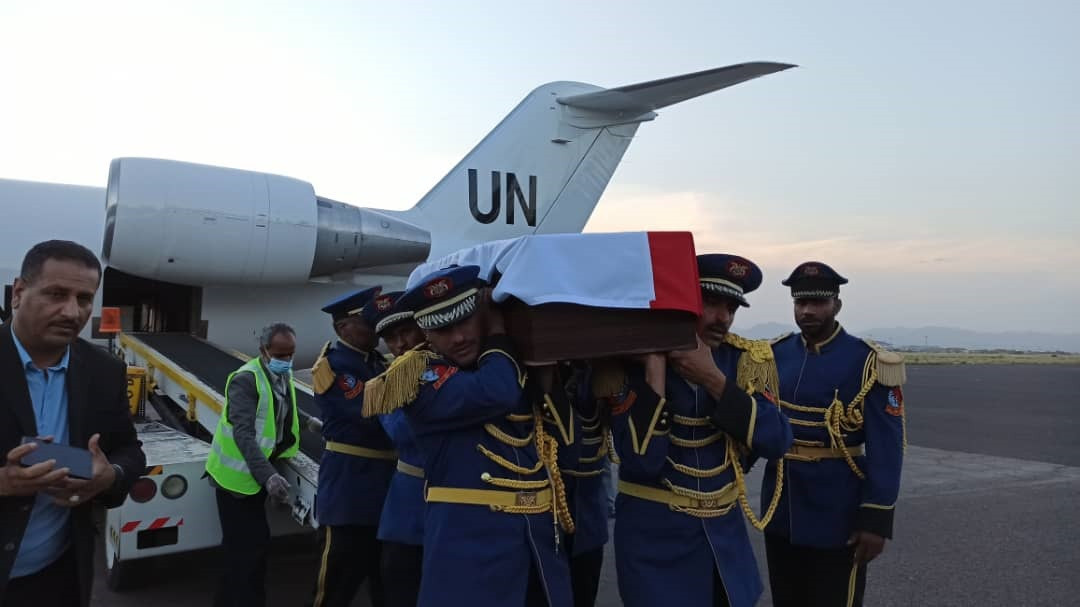 The same plane that airlifted the body of Ali Mohamed al-Mansouri flew the Houthi delegation to Geneva for talks with the Yemeni government on prisoner swap, a Houthi private source told Debriefer.

General Mansouri was abroad for medical treatment following an injury he sustained few months ago in fighting with Yemen's government troops, the source added.

The last honors will be paid to the Houthi-appointed governor on Wednesday in Sana'a City, but he will be buried in the central governorate of Baydha, his hometown, the source said.

Mansouri was wounded last April while fighting with his group in the northeastern governorate of Marib.

According to the condolences letter, sent by head of the Houthi Supreme Political Council to his family on 5 September, Gen Mansouri died of incurable disease.