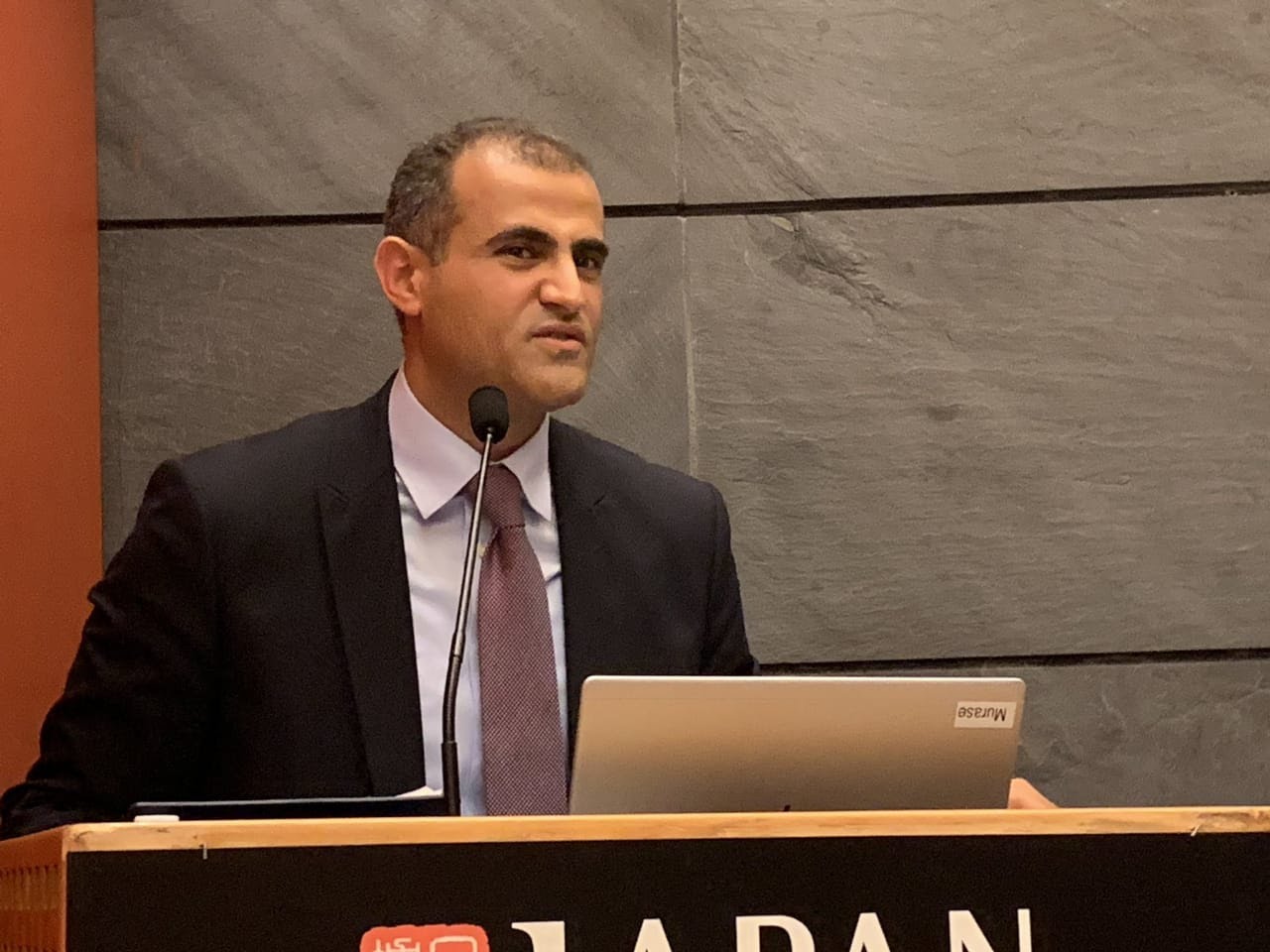 RIYADH (Debriefer)--Foreign minister in the caretaker government, Mohammed Al-Hadhrami, on Thursday said the humanitarian catastrophe in Yemen is the result of the greed of the Houthi group
The group has been seeking power at any price, he said in a speech to an event titled "Yemen humanitarian crisis: to avoid famine" on the sidelines of the 75th session of the UN general assembly. The event was organised by Sweden and the European Union.
He accused the Houthis of exacerbating the food security crisis faced by the most vulnerable people.
The Houthi obstacles imposed on humanitarian response efforts have increased during the past two years, including stealing aid and giving it to fighters, he said.
"Despite huge efforts by UN and international agencies to deliver humanitarian aid, Houthi obstacles are making it difficult for the government and its partners to avert famine".
On Wednesday, the UN said military escalation is pushing the country into the brink of famine and threatening humanitarian achievements made in the past years.
Yemen has been devastated by a six-year conflict which has caused the world's largest humanitarian crisis. Around 80% of the population, more than 22 million people, are living on assistance.
The conflict began after the Iran-aligned Houthis ousted the internationally recognised government in late 2014 and escalated after a Saudi-led coalition launched a military coalition in support of the government in March 2015.
Fighting has recently escalated in 40 warfronts, pushing the prices of basic products higher, according to the World Food Programme. The national currency has lost 25% of its value this year and 70% of its value since the conflict began, it said.