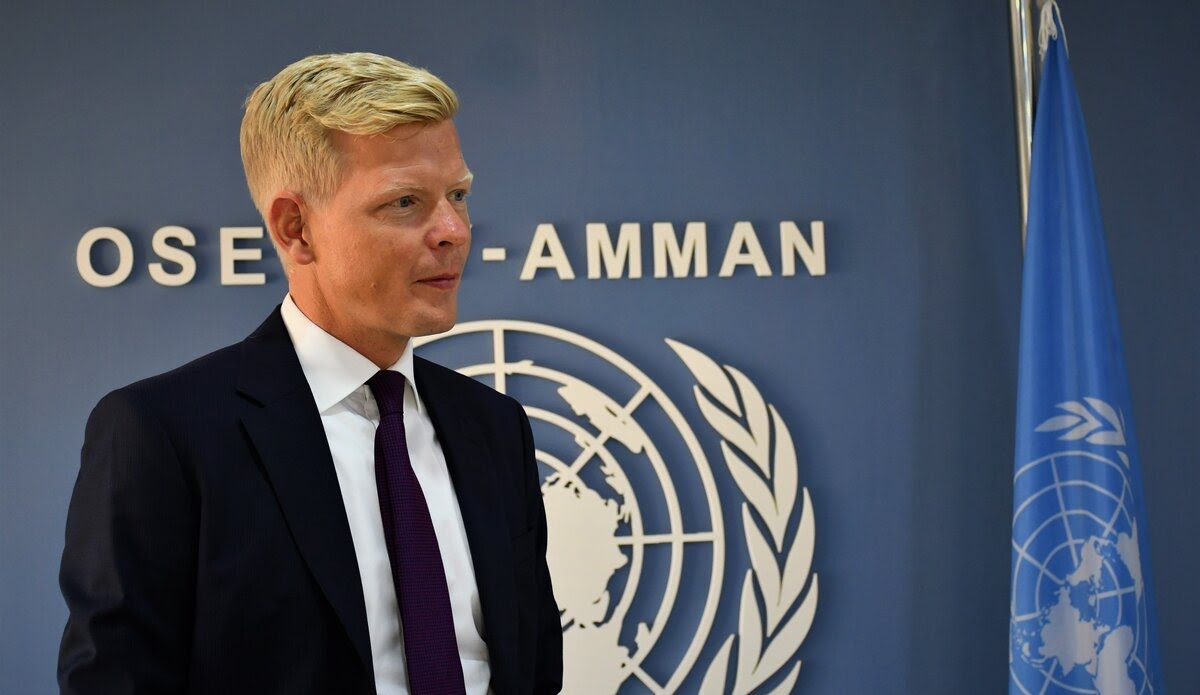 Report (Debriefer) The UN new envoy to Yemen has unexpectedly started his mission with a visit to Qatar, tacking a different route to get further acquainted with, and find a solution for the Yemeni crisis through new mediators away from ways taken by his predecessor, Griffiths, who chose Oman.
In his first meeting after taking the office, Hans Grundberg on Tuesday met with the Qatari ambassador to Sweden, Moza Bint Nasser Al Thani.
According to Qatari media, the meeting was devoted to discuss potential opportunities to end Yemen's war, in which regional players are deeply involved.
While it is not clear so far what role Doha can play in this thorny file – particularly with the Gulf state's previous involvement in the Saudi-led coalition – the reconciliation it recently reached with neighbors (Saudis in particular), in addition to its good relations with Iran, could make Qatar a mediator acceptable to all parties.
However, Yemeni observers fear that the UN and international players have a new plan to repeat in Yemen the Afghani scenario, in which Doha served as a mediator, leading Taliban to be in power.
Grundberg, the Swedish diplomat and the former EU envoy to Yemen, assumed his new mission officially on 5 September as the fourth UN special envoy for the war-torn country.
The newly-appointed envoy is expected to present his first briefing to the Security Council next Friday, before his shuttle trip to some Arab capitals to meet with stakeholders concerned in the Yemeni crisis.
The UN had already introduced an initiative to put an end to the 7-year-old war, but the Iranian-backed Houthi group insisted that all the Yemeni ports should be reopened before any negotiations on ceasefire.
Yemen's war started in September 2014 when the Houthis ousted the UN-recognized government and toke control of the capital, Sana'a and many other main cities.