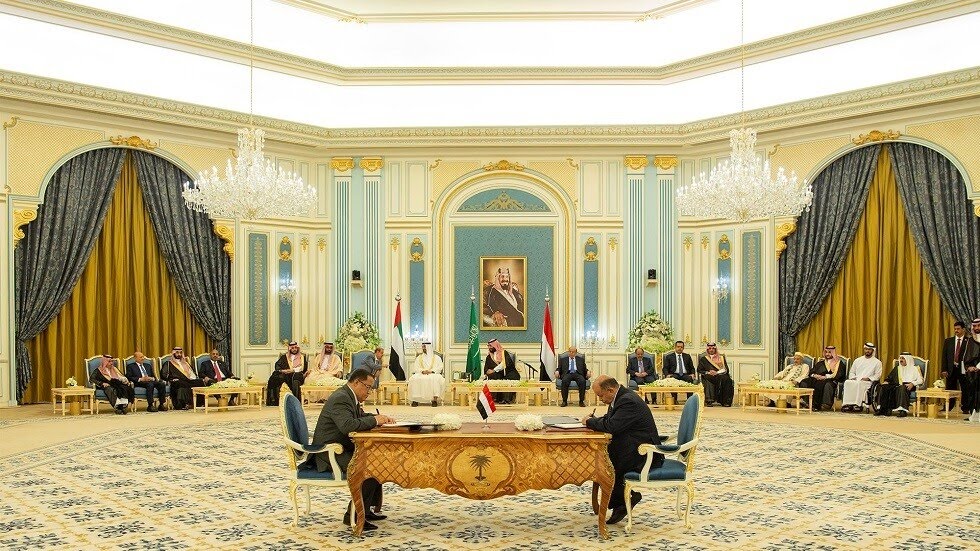 SANAA (Debriefer)--Yemen's internationally recognised government has recently come under mounting US pressure to drop some provisions of the Riyadh agreement which was signed with the UAE-backed southern transitional council, STC.

US officials called the Yemeni presidency and government to convince them not to ​​link the government's return to Aden to the completion of the implementation of the military and security part of the agreement, a government official said on condition of anonymity.

They told President Abdrabbuh Mansur Hadi that the UAE strongly rejects the integration of militias it is supporting into the government security and armed forces, the official said.

In the past two weeks, the US envoy for Yemen Tim Lenderking met UAE officials, apparently under a Saudi request to help make progress on the implementation of the agreement.

But it seems he failed to reconcile viewpoints, especially after his meeting with Anwar Gargash, an advisor to the UAE president in Washington.

The official pointed to latest statements by US officials hinting that the US may support to the demands of the UAE-backed separatists.

The UAE is a member state of a Saudi-led coalition involved in Yemen for seven years.

The coalition intervened to restore the government which had been ousted by the Houthis.

But the UAE has created and armed large non-state armed groups that have been fighting the government and threatening to separate the south from the north.

The official accused the US of turning a blind eye to suspicious UAE and Iran agendas and ambitions in Yemen.

In recent days, Cathy Westley, the Chargé d'Affaires for the US Embassy to Yemen, has held meetings with Hadi and government officials that were focused on the Riyadh agreement.

The SCT seized Aden after battles with the forces of the government in 2019.

Separately, the US Department of State tweeted that the Yemenis agree to the necessity of the return of the government to Aden.

The US pressure coincides with escalation by the STC on the ground as it is trying to tighten its grip on public institutions and land in the south.