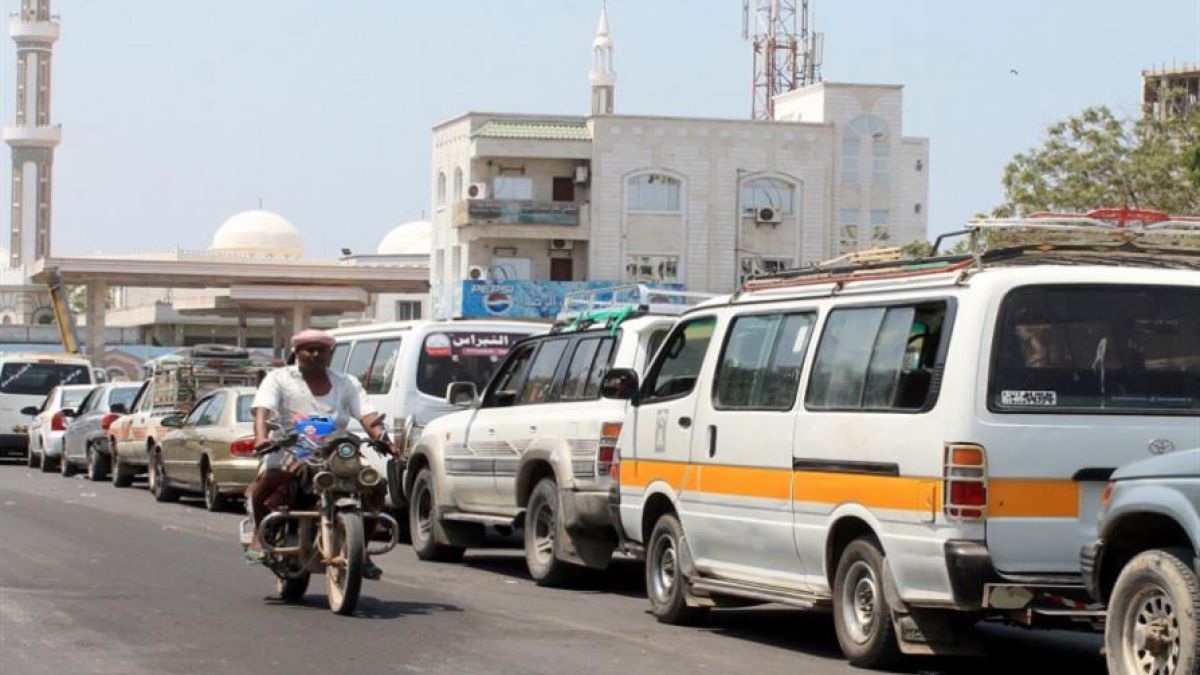 ADEN (Debriefer)--Acute fuel shortages have spread from Yemen's capital Sanaa which is controlled by the Houthis into the interim capital Aden and other southern provinces that are controlled by the government and factions loyal to an Arab coalition fighting in the country.

Crises have been haunting all Yemenis without exceptions for years, even regions run by the coalition which is led by Saudi Arabia.

On Friday, residents of Aden were surprised by a black market selling fuel for very high prices, 20.000 Yemeni rials per 20 liters, five days after a fuel crisis started to hit the city.

The crisis has been caused by retirees who have closed the main entrances of Aden seaport in protest against the suspension of their salaries.

In government-run parts of Taiz province, the fuel prices have more than doubled after all filling stations shut down. In the Houthi-run parts, fuel shortages have repeatedly been reported since the beginning of war.

The fuel prices in this province jumped from 8.000 rials to 20.000 rials per 20 liters  on Friday, raising questions about shortages amid reports that some factions are continuing to smuggle fuel into the Houthi-run parts.

Some activists claimed that pro-government troops are protecting those smuggling fuel for the Houthis.

The Houthi-run Yemen has been facing acute fuel shortages for three months, with the Houthis blaming the shortages on the coalition's prevention of fuel ships from entering Hodeidah seaport.

The fuel shortages have affected the healthcare, telecommunications and other sectors, the Houthis say, as the black market is thriving in the streets of Sanaa and other northern regions.

The coalition is continuing its piracy though ships were inspected and granted UN permits, the Sanaa-based Yemen petroleum company said on Friday.

"The suffocating siege is exposing the lives of 26 million people to dangers and threatening all sectors. It is violating international humanitarian law and all norms," the company said in a statement, a copy of which was obtained by Debriefer.

The coalition is holding 19 fuel ships in the Red Sea, five of which have been held for six months and others for between three and five months, it said.

The company, however, acknowledged that 5 ships carrying 139.000 tons of benzene and diesel have been released during the past 130 days; that represented only 14% of the country's fuel needs.

In its latest editorial on the war and hunger in Yemen, the Economist Weekly said the prices of products have skyrocketed because of holding fuel ships bound for Houthi-run regions and the coalition-imposed blockade on Yemen.

The fuel crisis is expected to continue to suffocate the Yemeni people who are already threatened by famine as their desperate economy is collapsing alarmingly.