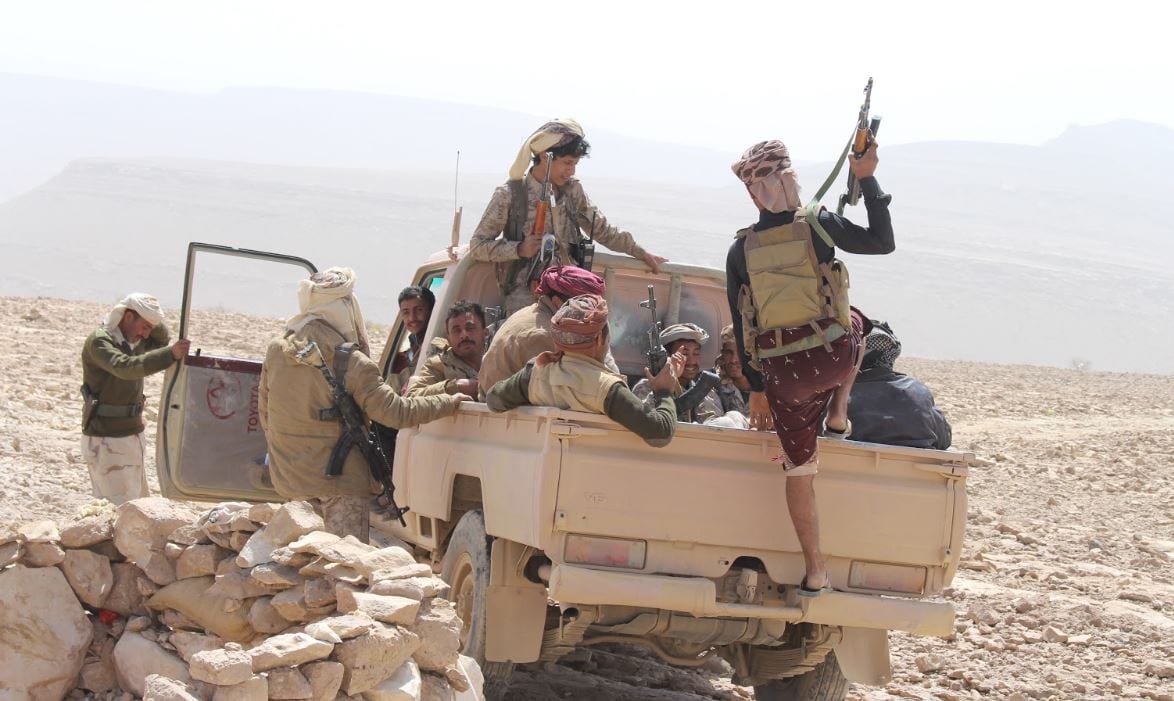 Jawf (Debriefer) - Armed clashes have further exaggerated between the Yemeni official government army, along with tribesmen, and the Houthi group in the northern governorate of Jawf, with rapid advances made by the former.
On Wednesday, the government national army continued its field wins and retook further sites in al-Alam front, east Hazm, the provincial capital of Jawf, firsthand source said.
"The government troops successfully combed the whole front of al-Nodhood," the source added, "as currently other pockets leading to Bair al-Maraziq are being secured."
On Tuesday, Yemen's official troops fully recaptured the Khanjar camp in the northern governorate of Jawf, after fierce fighting with the Houthi group that seized the site months ago.
These field developments come in coincidence with intense airstrikes launched by the Arab coalition on Houthi sites and reinforcements, mostly in Jawf and Marib.