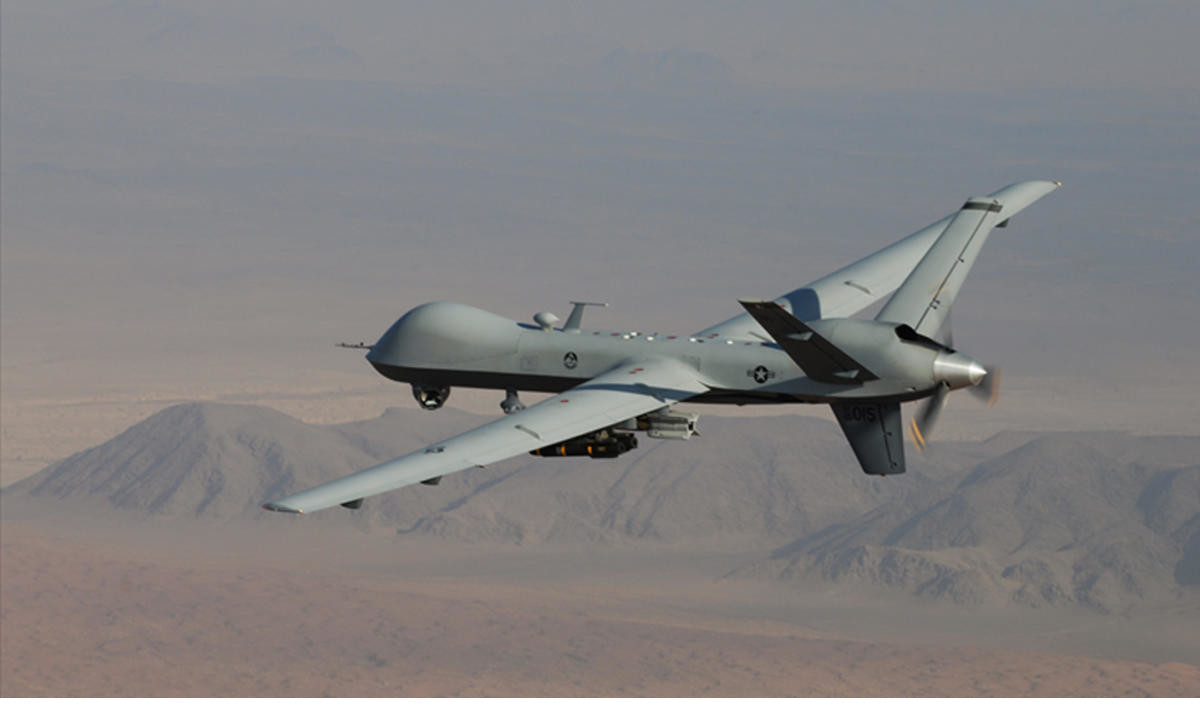 RIYADH (Debriefer)--A Saudi-led coalition fighting in Yemen on Thursday said it shot down an explosives-laden drone which was fired by the Houthi group towards Saudi Arabia.
Spokesperson for the coalition, Col. Turki Al-Maliki, said the drone was intercepted and destroyed over Yemen.
The group has not commented on the attack, the second on Saudi territories in the past 24 hours.
Saudi Arabia leads an Arab military coalition at war with the Iran-backed group in support of the internationally recognised government since 2015.
On Tuesday, Al-Maliki said the coalition forces intercepted and shot down a Houthi drone over the province of Najran in south of Saudi Arabia, a day after destroying an explosives-laden boat near the Yemeni Al-Saleef seaport in the Red Sea.
The group has recently intensified missile and drone attacks on Saudi Arabia amid raging battles with the government forces in the provinces of Marib and Jawf.