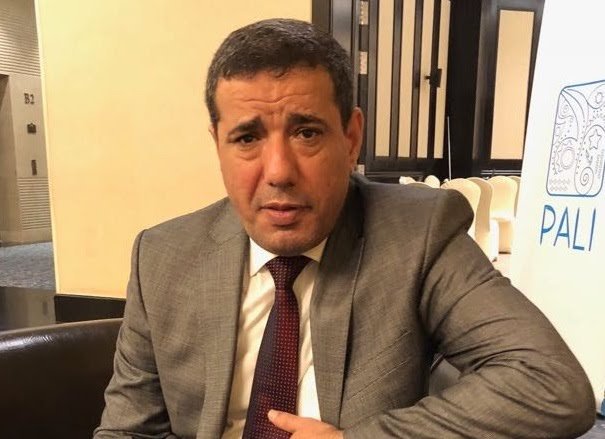 RIYADH (Debriefer)--Spokesperson for the internationally recognised government, Rajeh Badi, on Friday criticised the statement of the UN envoy to Yemen about military escalation in Hodeidah province as lacking credibility.
We welcome the statement, but we were hoping the UN envoy would name the party responsible for escalation and breaching the Stockholm agreement, he said in a statement to the Asharq Al-Awsat Newspaper.
We urge the UN envoy to take immediate action to stop escalation and restore commitment to the agreement which has persistently been violated by the Houthis amid silence from the envoy and the UN mission to support the Hodeidah agreement, Badi said, according to the Saudi newspaper.
Pro-government forces and Houthis resumed fighting more than a week ago in Hodeidah. They have fought sporadic battles since the government and the Houthi group agreed to a ceasefire under the Stockholm agreement in late 2018.
The newspaper quoted Badi as adding: "This dangerous military escalation will affect the envoy’s efforts with regard to the joint declaration and confirms that the Houthi movement is absolutely not serious about either a ceasefire or a positive deal."
Badi said all options are open to respond to the Houthi escalation.
The UN envoy, Martin Griffiths, on Thursday said he was deeply concerned about the recent military escalation in Hodeidah and the reports of civilian casualties, including women and children.
"This military escalation not only constitutes a violation of the Hudaydah ceasefire agreement but it runs against the spirit of the ongoing UN-facilitated negotiations that aim to achieve a nationwide ceasefire, humanitarian and economic measures and the resumption of the political process," he said in a statement.