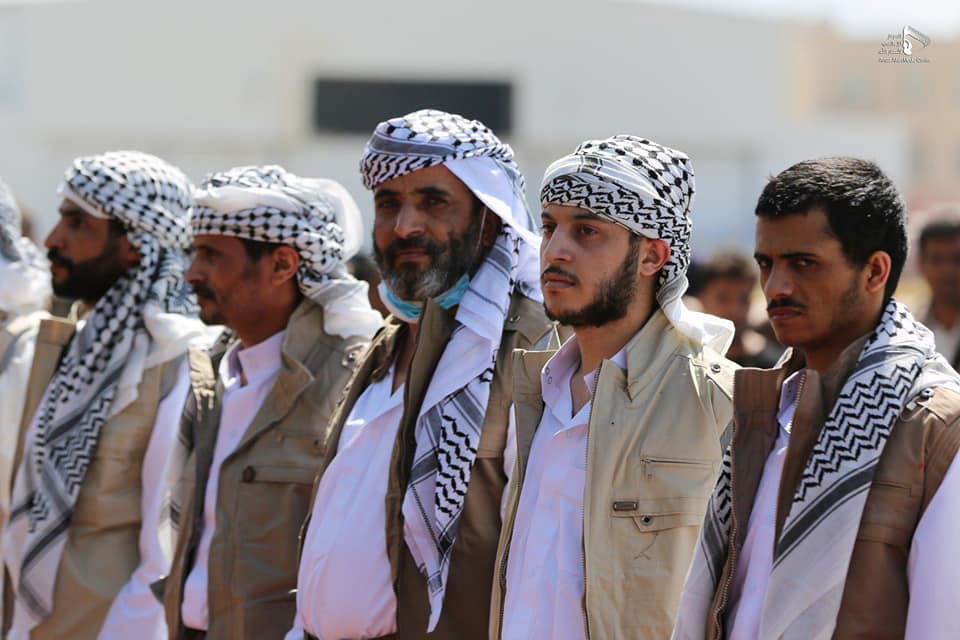 By Abu Al-Ghayth Al-Hassan (Debriefer)--The latest prisoner swap between the warring parties has relieved the people across Yemen despite attempts by some to downplay it.
It  was the largest since the conflict escalated in early 2015 and raised hope for an end to a war which has devastated the country and created catastrophes. The war in Yemen is the world's largest humanitarian crisis. The UN says 82% of the population, around 22 million, are in need of humanitarian assistance.
The two-day swap, coordinated by the International Committee of the Red Cross, ended on Friday. 11 flights transported 1.056 freed government and Houthi prisoners from and to five Yemeni and Saudi cities. They included 15 Saudi and 4 Sudanese soldiers who fought alongside the government forces. The two sides reached the swap deal at the end of UN-sponsored talks in Switzerland last month.
The people are looking forward to a new round of exchanging prisoners and detainees.
The Houthi group held a massive official and public reception for its prisoners. The government did the same in the northeastern province of Marib on Friday after wide criticism for its lackluster reception of the freed prisoners who arrived in the south on Thursday.
Deputy human rights minister, Majed Fadhayel, said further talks on the release of more prisoners will take place later this year.
The next deal will cover four senior government officials, including brother of president Abdrabbuh Mansur Hadi, he said.
We're happy to see the completion of the release and transfer of 1.056 former detainees, which was carried out with the Yemeni and Saudi Red Crescent Societies, the ICRC wrote on Twitter. "We are encouraged by this success and hope that it leads to more steps towards the transfer and release of more detainees," it added.
On Thursday, the Houthi group removed 10 government prisoners from the swap list after a Saudi-led coalition fighting in the country refused to release 10 of its fighters held in Marib.
Meanwhile, the government and the Houthis are trading accusations of subjecting prisoners to torture that has maimed and caused chronic illnesses for some of them.
The government has called on the United Nations and the ICRC to investigate the health conditions of the prisoners and detainees as some of them were released in critical condition.
Information minister, Muammar Al-Erynai, said five journalists were swapped by the Houthis. Journalists Hisham Tarmoum, Hisham Al-Yusfi, Haytham Al-Shihab, Esam Balghayth and Hassan Annab arrived at Seiyun airport on Thursday. There are still four journalists who officials said the Houthis are still refusing to release. The nine journalists have been detained for more than five years.
Al-Eryani held the Houthis responsible for their safety.
From their side, the Houthis assured the families of the prisoners who are still in the prisons of the government and coalition that new deals will be reached until all prisoners are released.
We have what we can use to pressure the coalition to release all our prisoners, said chairman of the Houthi committee for prisoners' affairs, Abdulqadir Al-Murtada.
Houthi spokesperson, Mohammed Abdulsala, said his group is still holding many Saudi soldiers who will be used as leverage in any future negotiations.
The Houthi mouthpiece TV, Almasirah, quoted Al-Murtada as saying: "The Saudis tried to play the role of meditators in the prisoner talks. We objected and demanded Saudi Arabia be a party in the talks, not a mediator".
After reaching the latest prisoner swap deal, Saudi Arabia disavowed all foreign prisoners who have fought alongside it and demanded only Saudi soldiers be released, he said, according to the TV.
He hoped the UAE will participate in the next talks after Saudi Arabia, saying that hundreds have been missing in UAE-run regions.
Among challenges we have faced during the negotiations was that the government did not have the authority to sign the lists and agreements without consulting with the coalition states, he added.
The prisoner swap coincided with raging battles in the provinces of Marib, Jawf, Marib, Taiz and Hodeidah that could blow up UN-brokered efforts aimed at convincing the warring parties to accept a Joint Declaration to end the war.