How the UAE is destroying Yemen 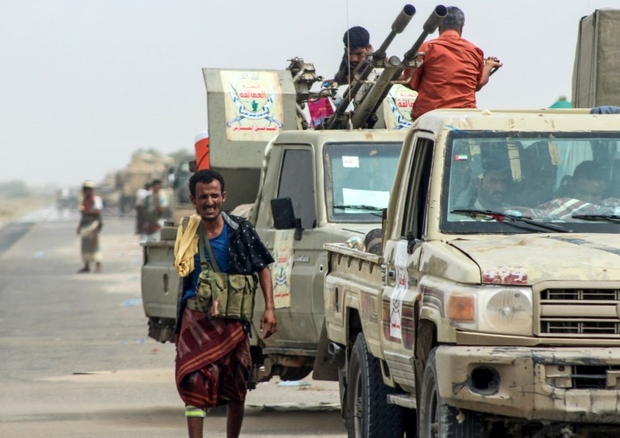 Saudi Arabia often takes the most criticism for Yemen's crisis, in light of its devastating bombing campaign. But the United Arab Emirates is attracting increasing scrutiny for actions that are tantamount to war crimes in the country.

Since the Saudi-led coalition launched its war in Yemen in March 2015, the UAE has been a key player. Yet, while Riyadh's goal has been to restore President Abd Rabbuh Mansour Hadi to power and crush the Houthi uprising, Abu Dhabi has focused more on the south, training security forces to secure its own geopolitical ambitions.

The UAE's long-term goals have become increasingly clear: to divide Yemen and create a friendly southern state, which would secure trade routes through the port of Aden to the rest of the world; to exploit Yemen’s natural resources; and to empower itself as a regional hegemon.

To justify its presence in Yemen, the Emirati regime is fixated on presenting itself as a force for stability. It often highlights charitable donations of humanitarian aid to the country, while dismissing reports of its role in unlawful detention practices as "fake news".

Despite this benevolent guise, evidence shows the UAE is not a force for good in Yemen. Human rights groups have cited torture and other abuses within UAE-backed prisons in southern Yemen, and the Associated Press last month reported on the use of sexual assault "to brutalise and break inmates". Amnesty International has also chronicled the practice of forced disappearance.

For the UAE, this is a means of crushing opposition in the south; but to international observers it confirms that the Emiratis' regional ambitions are being prioritised over humanitarian considerations.

The UAE's "stabilising" policies have also significantly increased Yemen's internal divide. Abu Dhabi's backing of southern secessionists and other military proxies has inflamed tensions in an already fragmented country. In January, the southern militias it backs clashed with Hadi government forces in Aden.

The UAE's support for southern independence has failed to create any kind of unity, as Abu Dhabi has backed different groups, such as the Hadrami Elite Forces, which want an independent Hadramaut rather than a unified southern Yemen and have committed abuses such as arbitrary detentions.

The UAE's rift with Saudi Arabia has also been problematic. Riyadh has supported Islah, Yemen's Muslim Brotherhood branch, as a stable ally on the ground. But the UAE opposes the Brotherhood, instead backing militants who maintain non-hostile relations with al-Qaeda in the Arabian Peninsula (AQAP) - which it is supposed to be fighting - to counteract Islah, researcher Helen Lackner notes in her book Yemen in Crisis. As such, the UAE is in a proxy war with Saudi Arabia in Yemen.

While some observers argue that southern secession is a preferable option, the UAE's strategy involves far too large a human cost - and any UAE-friendly government would only benefit the Emiratis, rather than the people of Yemen. It is hypocritical for the UAE to criticise the Houthis for their divisiveness and failure to move towards peace, while it does the same.

While fighting AQAP, the UAE can operate under the pretext of counterterrorism, which has helped it gain support from the United States. In addition, Britain continues to support the UAE logistically and through its complicity in the war.

This unconditional support from the West is on track to continue, unless there is a massive outcry from Yemenis themselves. The people currently being victimised by the UAE can raise their voices in protest, with a goal to pushing back against Abu Dhabi.

This has already succeeded to an extent. The UAE's growing influence over the Yemeni island of Socotra was partially curtailed in May, after civilians and officials complained that Abu Dhabi was exploiting and occupying the land.

At the same time, humanitarian organisations will continue to reveal the abuses at the hands of UAE-backed forces in the south.

Ultimately, however, the power to rein in the UAE's ambitions rests on the shoulders of the international community. Only this can prevent the crisis from taking an even more dramatic turn for the worse.