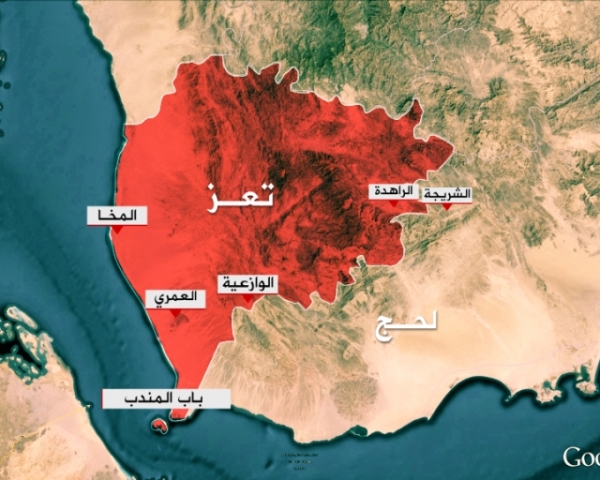 Hodeida (Debriefer) Militants of terrorist groups are moving from the Yemeni central governorate of Baydha to the western coast, the Houthi group said Sunday based on intelligence, warning "this poses perilous risk for the international navigation routes."

The Houthi forces are committed to the application of Stockholm pact concerning the Hodeida ceasefire, the Houthi senior negotiator at the Hodeida redeployment team told the UN Mission to Support the Hodeida Agreement (UNMHA's) vice-chairman.

The United Nations needs to assume its role and force the coalition to stop violations and warplanes and spying drones sorties in Hodeida, Ali al-Moshiki, also Houthi deputy chief of staff, added at meeting with Daniela Crosslake, according to the Sana'a-based Saba.

The Houthi senior officer called for the release of oil tankers that are "pirated by the coalition countries in the Red Sea."

Earlier on Sunday, the Houthi group accused the Yemeni joint forces of committing 154 breaches of the Stockholm Agreement in Hodeida within 24 hours.

Among the breaches are the erection of new combating fortifications on the 50-meter street, the hovering of two spying drones over al-Manzar and al-Jabaliah, 30 artillery shells and gunfire bullets, the Houthi-run al-Masyra quoted the group's spokesman as saying.