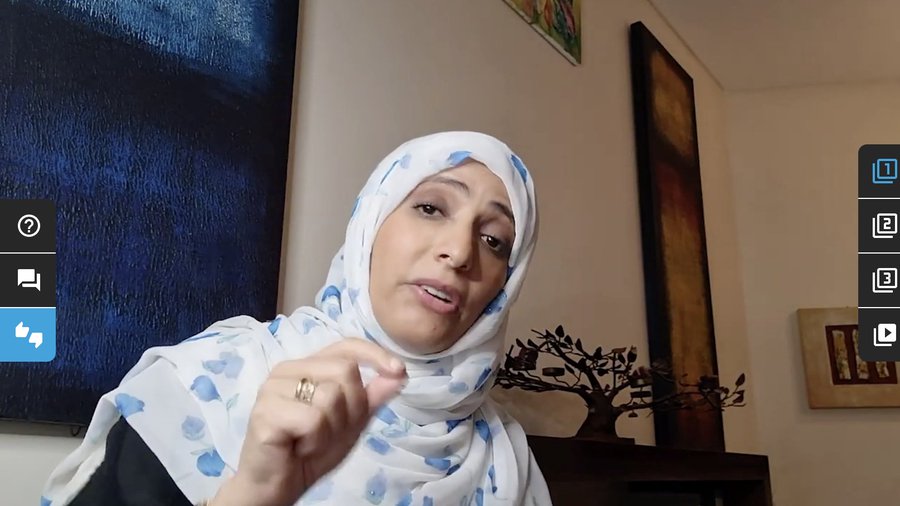 In a speech to the NATO 2030 Youth Summit and Munich Security Conference, she said: "In my country, Yemen, there is a war which has been continuing for six years. This war is led and fueled by regional players such as Saudi Arabia, the United Arab Emirates and Iran to kill the dream of the Yemeni people for building a new democratic and stable Yemen".

This war has created the world's largest humanitarian crisis, she said, criticising the failure of the international community to put an end to the disastrous war.

The Munich Security Conference chose Karman as a model of struggle for peace and an important voice for empowering women in the world.