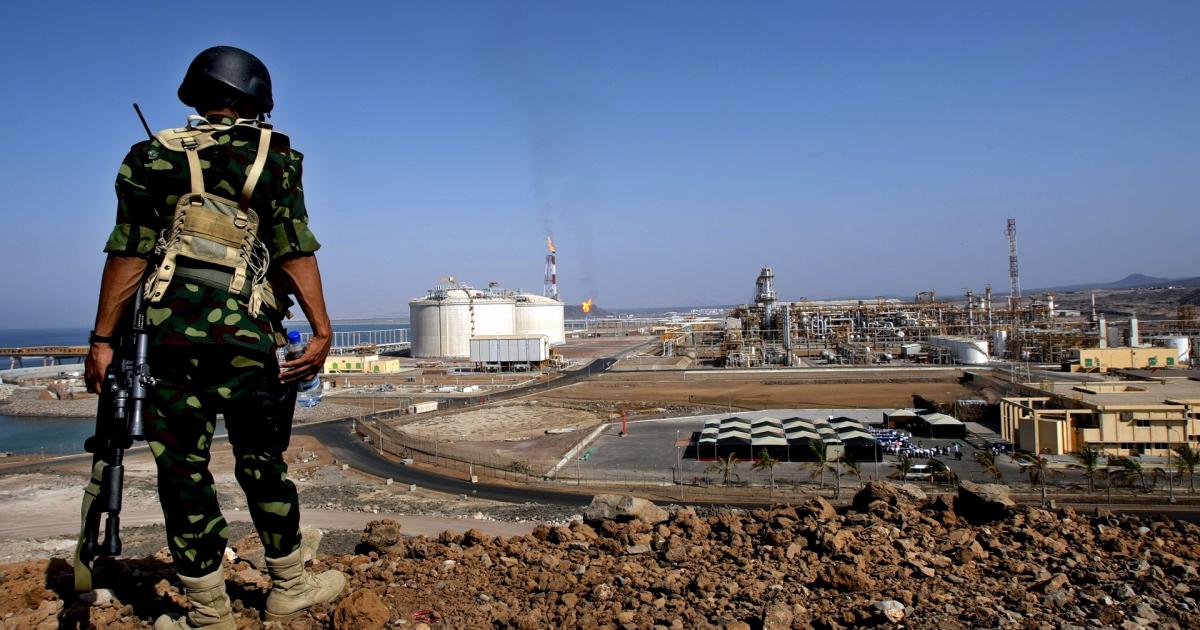 Report (Debriefer) - Public and official pressures are in the rise to have Emirati troops out of the Balhaf oil facility, in the Yemeni southern governorate of Shabwa, amid deteriorating economy and weak government.
Despite international criticism, the United Arab Emirates turns a deaf ear to challenges facing the newly-formed government in a war-torn country whose public budget heavily depends on oil and gas exports.
In 2016, the UAE took control of Balhaf seaport along with Yemen's largest economic facility from which LNG is exported via a pipeline travelling from Marib to the Arabian Sea.
Since then, the UN-recognized government has been denied access to the facility, preventing Yemen from 2 to 3.7 billion dollars in annual revenues that made up nearly 70 percent of its budget.
At an interview with Yemen's official TV, the prime minister said his government is planning to export some 150,000 barrels per day in the coming period.
"The challenges are huge, economic situation is difficult, inflation is weighty and the people deeply suffer because of the worsening public services," Maeen Abdulmalek added.
"In our battle to end the coup, you need to have an available model for the State and guaranteeing institutions, and this is hard now. The institutions are not in their normal condition and need tangible plans," he said, noting that all the issues were dependent on the government formation.
Shabwa governor has repeatedly said the facility was technically prepared and safe to operate, but the "Emirati troop presence hinders its resumption of activity and gas exportation.
"The UAE transformed Balhaf facility into military barracks, and obstructs the facility's re-operation and resumption of gas exports for five years now," Mohamed Bin Edio added.
In November 2019, Le Monde said the UAE runs secret prisons in the facility (that supervised by the French group Total), according to witnesses obtained from rights groups and former detainees.