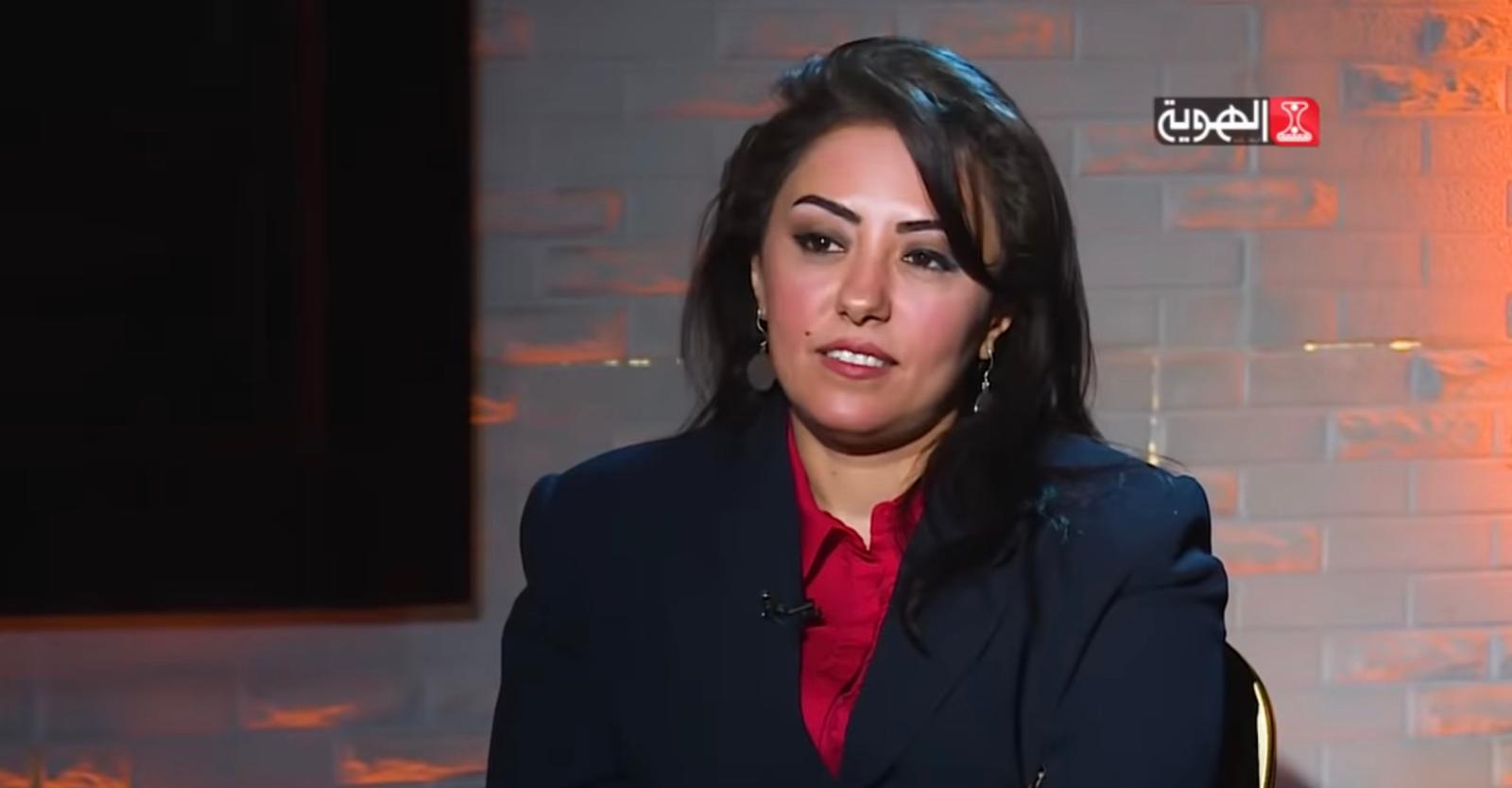 Report (Debriefer) - The Houthi-allied al-Hawiea TV interview with her is still resonant and widely attracting the attention of activists from across political spectra, as the Yemeni journalist brought to light the division among Yemeni elite and public groups.
On Thursday, Mona Safwan appeared for the first time on the Sana'a-based al-Hawiea screen to send significant messages to de facto authorities in a war-torn country that is on the brink of famine.
Despite the provocative questions asked by the interviewer, the journalist showed confidence in her-self and her established opinions, which made the interview largely circulate on social media in Yemen.
Instead of letting the interviewer steer the discussion, Mona Safwan bravely insisted to talk about the Yemeni rights, humanitarian and media reality.
While she roused issues concerning the majority of Yemenis and highlighted the need for rapprochement between political powers to stop war and end its disastrous impacts, some criticized her for appearing unveiled and others tried to designate her as a narrow-minded politician.
Any Yemeni-Yemeni dialogue between different parties is necessary for the country to make use of its resources, Safwan said, calling for all the Yemeni journalists to be allowed their right to return to Sana'a or any other Yemeni city. "This is our right, but not a favor from you."
Reporters used to criticize the late President Ali Abdullah Saleh from inside Sana'a, and now they should have the freedom of expression without fear, she added in the interview.
Later on Twitter, Safwan criticized the questions put by the interviewer, dubbing the Yemeni media as "lacking vision and project. Even when we are in the middle of a huge war, media is still shallow, with no culture or journalism."
She attacked those who focused on her appearance on screen without veil, calling on them to "know that defending Islam means to apply justice, protect women and prevent injustice.
While she expressed gratitude for those who praised her remarks, Safwan said it is "painful that people cannot tell their feelings.