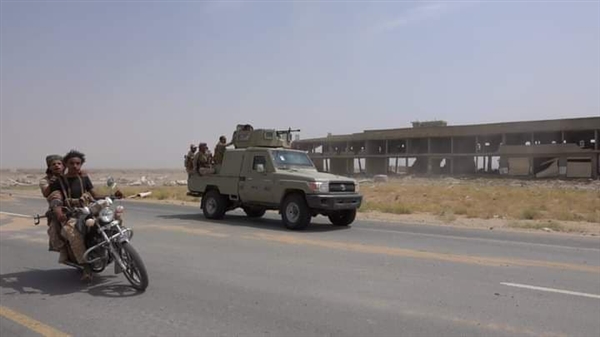 SANAA (Debriefer)--The last few days have seen accelerating military developments in Yemen, coinciding with intensive diplomatic efforts to find a political settlement to the six-year war in the country.

Taiz province has again returned to the forefront of events after fierce battles between the forces of the internationally recognised government and Houthi group renewed on some of the front lines in it. The government forces have made advances in western and southwestern parts.

Battles between the two sides have also resumed in Hajjah province, mostly in the district of Abs, with the government forces beating the Houthis and retaking strategic areas.

The military developments imply tactical dimensions to ease pressure on the government forces in Marib province, according to observers. The Houthis have been intensifying their assault on Marib for more than a month, raising local and foreign concerns over deepening humanitarian crisis.

Observers argued that the latest military escalation in Taiz and Hajjah aims to put pressure on the Houthis and bring them back to the political process in order to put an end to the devastating conflict. Meanwhile, the US Administration has said that it is giving priority to ending this conflict.

The US envoy to Yemen Tim Lenderking said on Friday a US plan was offered to the Houthi leadership at a meeting between him and Houthi representatives in Oman late last month.

The Houthis have rejected the plan, saying it was not different from the Saudi vision and representated a political circumvention on their demand for lifting the embargo on Sanaa airport and Hodeidah seaport.

But Lenderking appeared optimistic, saying that progress has been made on the peace efforts.

The door has not been closed and I will come back to the region when the Houthi group is ready to discuss the US plan, he said.

Did his remarks mean the US bets on the military option through giving green light to the government forces backed by a Saudi-led military coalition to resume the fight against the Houthis?

This is what political analyst Raed Al-Sharjabi believes in.

Practically, the war ended two years ago after the two sides signed the Stockholm agreement, he said.

The country is in the throes of an official declaration to end the war which has caused the world's largest humanitarian crisis, Al-Sharjabi said.

A new round of negotiations is expected to be held in April or May if the military pressure on the Houthis continues, he added.