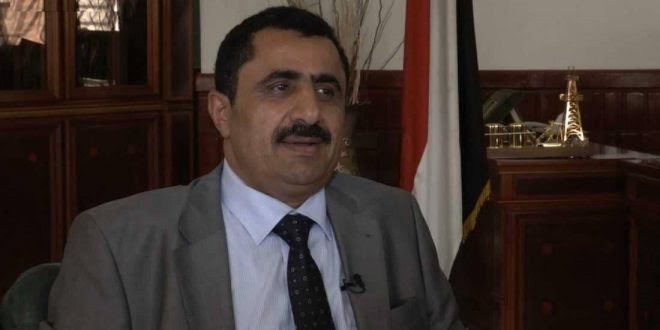 SANAA (Debriefer)--Yemen's Oil and Minerals Ministry which is run by the Houthi group said on Saturday the oil and gas sector has lost around $45.5 billion in revenue because of the war.

The Petroleum Exploration and Production Authority and the Yemen LNG Company are among the institutions that have suffered huge losses because of the aggression, Minister Ahmed Daris said in a news conference.

Other organisations within the ministry have suffered losses as well, he said, accusing a Saudi-led coalition fighting the group of controlling the oil and gas sector and depriving the country of 75% of the state budget revenues.

The coalition intervened military in March 2015 to restore the internationally recognised government which was ousted by the Houthis.

In total, the value of the stolen oil reached $5.6 billion between 2018 and 2020 and the money was deposited in the Saudi NationalCommercial Bank, he said, pointing out that such huge funds could cover the salaries of the public servants unpaid for years.

Yemen is incurring daily losses and fines because of holding fuel ships by the coalition that have reached $29 million until March, he said.

In this context, the quantities of fuel on board four ships recently released by the coalition are not enough to meet the local demand as the country needs 129.000 tons of diesel and 114.000 tons of benzene a month, he said.

He urged to neutralise fuel ships and avoid exploit them for political purposes.