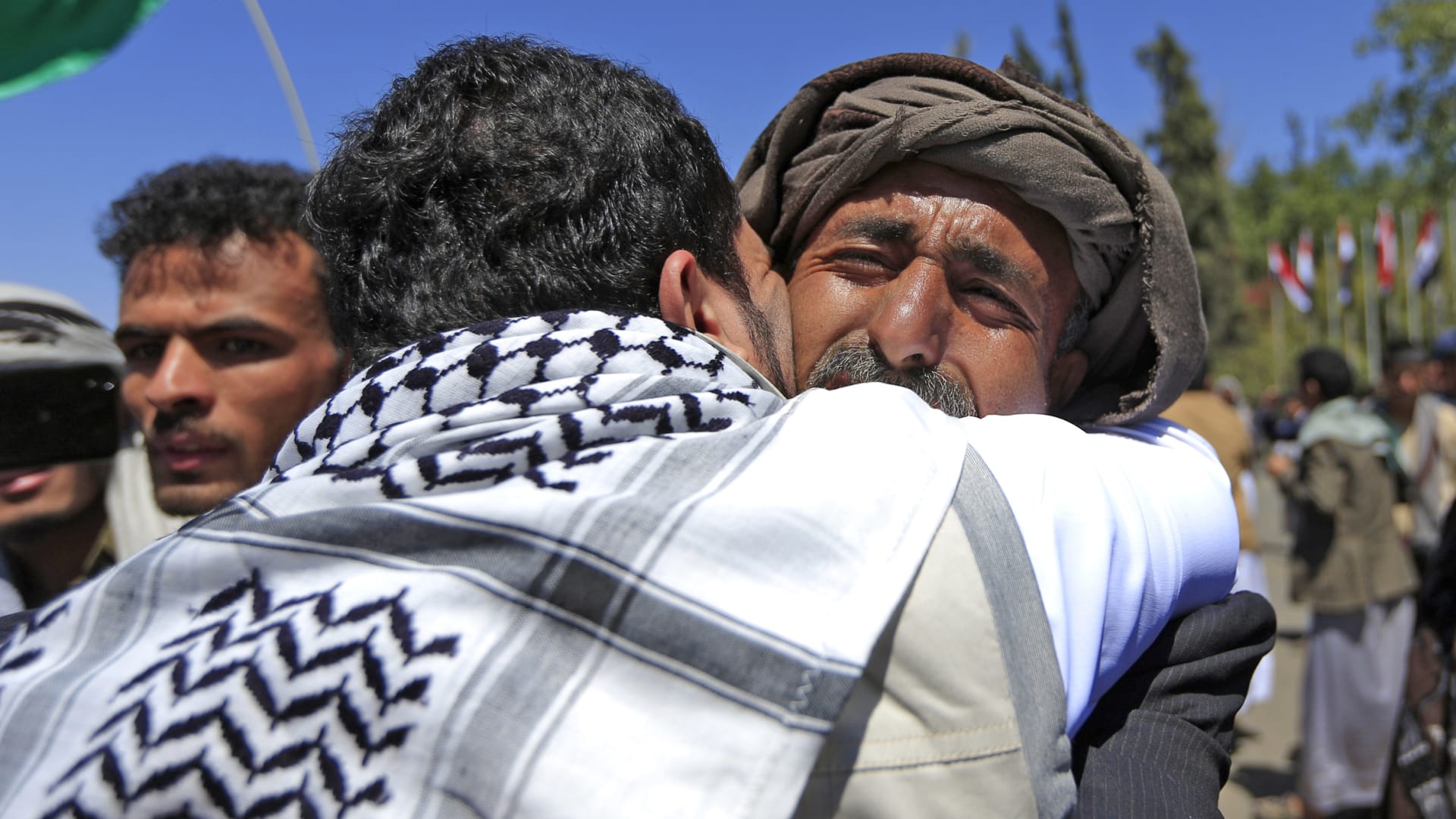 Report (Debriefer) - As the holy month of Ramadan is setting in, hundreds of Yemeni families pin hopes to reports that their detained relatives would be released under a prisoner inclusive swap between rivals, with politicians and rights activists doubting the Houthi initiative in this regard.
Last Monday, the Houthi group called on the Yemeni official government to exchange all the prisoners in the occasion of Ramadan.
On Tuesday, the government senior negotiator, Hadi al-Haij, said they are "fully ready for all-inclusive prisoner swap deal.
On Thursday, the Houthi senior negotiator, Abdul Kader al-Murtadha, reiterated willingness, but accused Saudi Arabia, which has been leading a military coalition in support of Yemen's government, of obstructing a comprehensive swap of prisoners, since Riyadh "wants a deal restricted to Saudi prisoners."
In remarks to the Houthi-run al-Masyra TV, Murtadha claimed that the government team received Saudi instructions strictly preventing any local swaps since last March. We were only able to implement some individual swaps. More than 10 deals to release 700 prisoners already stopped."
For observers, the Houthis accused Riyadh of obstruction to avoid all-inclusive swap, in the pretext that the Kingdom interferes in Yemeni internal affair.
Others criticized the Saudi-Emirati meddling in prisoner talks during the last two years, arguing that these talks should remain a Yemeni affair and that interferences hinder prisoner swap and other unsettled issues.
Having welcomed the Houthi call and the government preparedness for full swap, Abductees' Mothers League (AML) expressed hope to see this translated in reality, ending the suffering of people unfairly detained for more than five years. AML called on the government and the Houthis to immediately start prisoner swap, and to live up their words. 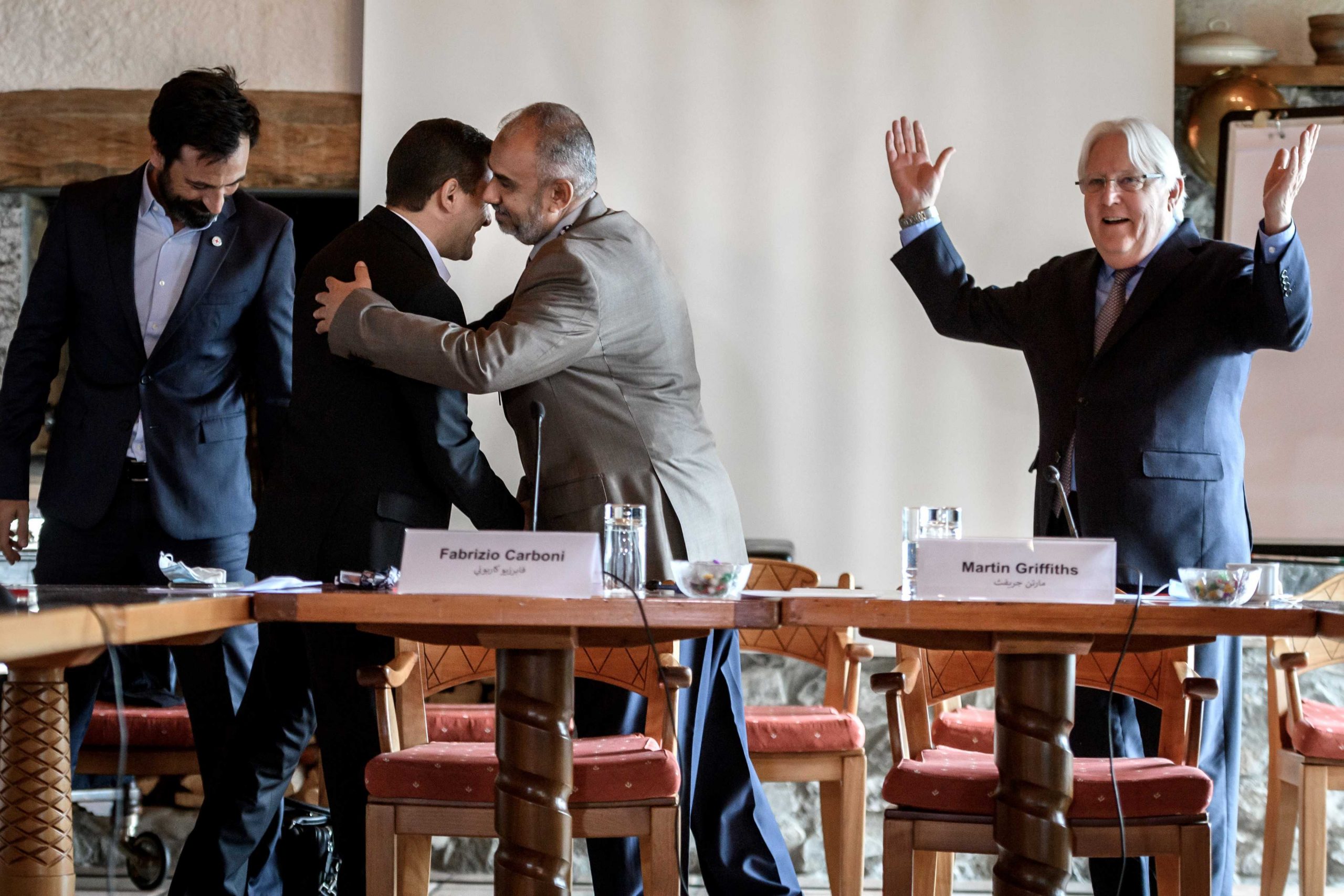 If it is positively dealt with, such a swap will help build confidence between Yemeni rivals and, thus, end the 6-year-old conflict, say observers.
On 21 February, head of the government delegation blamed the Houthi group for failure of Amman talks on prisoner swap that ended on Sunday without a deal.
"The Houthi delegation insisted on thwarting the consultation round, particularly after terror designation was removed," Hadi Haij tweeted then, "although the government delegation made many concessions.
"The Houthis kept on obdurately placing obstructions, calling for often repeated unidentified names, and refusing to abide by what was agreed to at Amman 3."
The group also refused to release or swap the four journalists (Amran, al-Waleedi, Hamid and al-Mansouri) and civilian abductees (academics, aged and sick people) despite government delegation's efforts, he said.
For his part, the Houthi senior negotiator accused the government delegation of making the negotiations end with no progress.
Earlier that day, the UN special envoy for Yemen expressed disappointment that talks ended without a deal on prisoner swap.
While they did not agree to release captives at this round of talks, the parties committed themselves to continue discussing the criteria for broader release in the future, Martin Griffiths said than in a statement.
The UN envoy called for unconditional release of all the sick, injured, aged and child prisoners and the detained civilians including the women and reporters.
On the 15th and 16th of last October, the International Committee of Red Cross facilitated the largest prisoner swap between the two rivals since the war outbreak.
The swap saw 1,056 captives and detainees released from both sides, as part of a first phase that was said then to be followed by other phases.