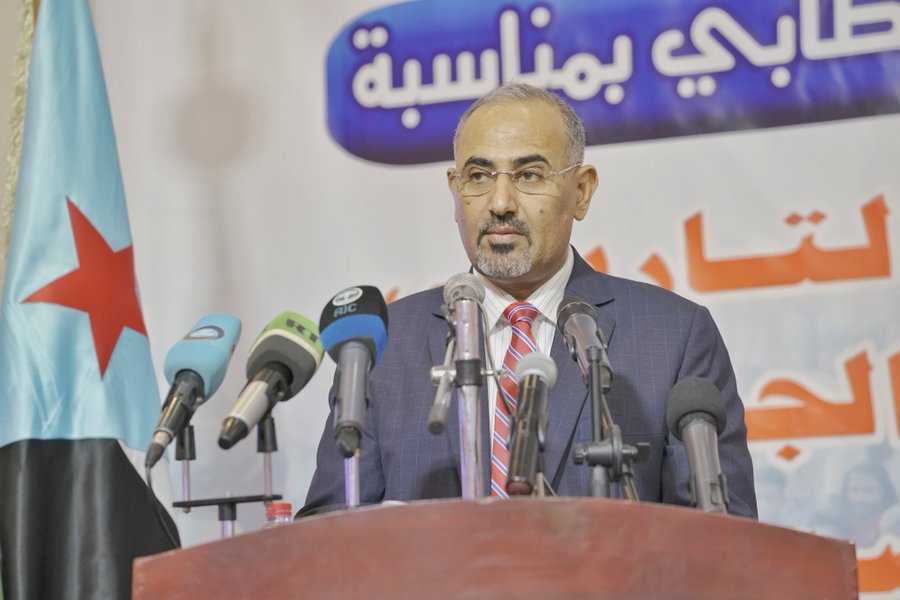 ADEN (Debriefer)--The return of the president of the southern transitional council Aidarous Al-Zubaidi to the interim capital Aden has sparked speculations in Yemen about its real reasons amid growing tensions between the council and the internationally recognised government.

Al-Zubaidi arrived in Aden on Saturday after a year-long stay in the United Arab Emirates.

Some observers said his return could be within new arrangements for an undeclared power struggle between the two partners of a Saudi-led coalition fighting in the country amid the failure to complete the implementation of the Riyadh agreement, mainly the military and security part.

Al-Zubaidi delivered a speech on the eve of what he called the public authorisation after holding closed and separate meetings with military and political leaders of the council in the past few days.

Southern activist Eyad Al-Radfani wondered why he has not met with officials at public institutions to discuss and address the deterioration of the basic services in the city.

Since his return, Al-Zubaidi has not met with the directors of the electricity and warer corporations, the healthcare office and the Aden districts to address issues of public concerns, Al-Radfani said on Facebook.

Holding meetings only with military leaders reveal his real plans in coming days, he added.

Other observers said his return is a desperate attempt to draw attention to a man trying to introduce himself as the only representative of the southern cause.

Nonetheless, the former minister of transport in the government Saleh Al-Jabwani downplayed Al-Zubaidi's visit, saying the UAE has just ordered him to mobilise his fans to mark the anniversary of the foundation of the council.

The visit has no impact on the government and he will go back to his residence in Abu Dhabi soon, Al-Jabwani said.

Actually, it came after the US envoy to Yemen Tim Lenderking ignored the council and reiterated the full US support to Yemen's unity and stability and putting an end to foreign interference as the US Administration is working with international and regional allies to reach a comprehensive political settlement in the country.

Meanwhile, the council is escalating media war with the government, coinciding with military moves in the provinces of Socotra, Lahij and Abyan.