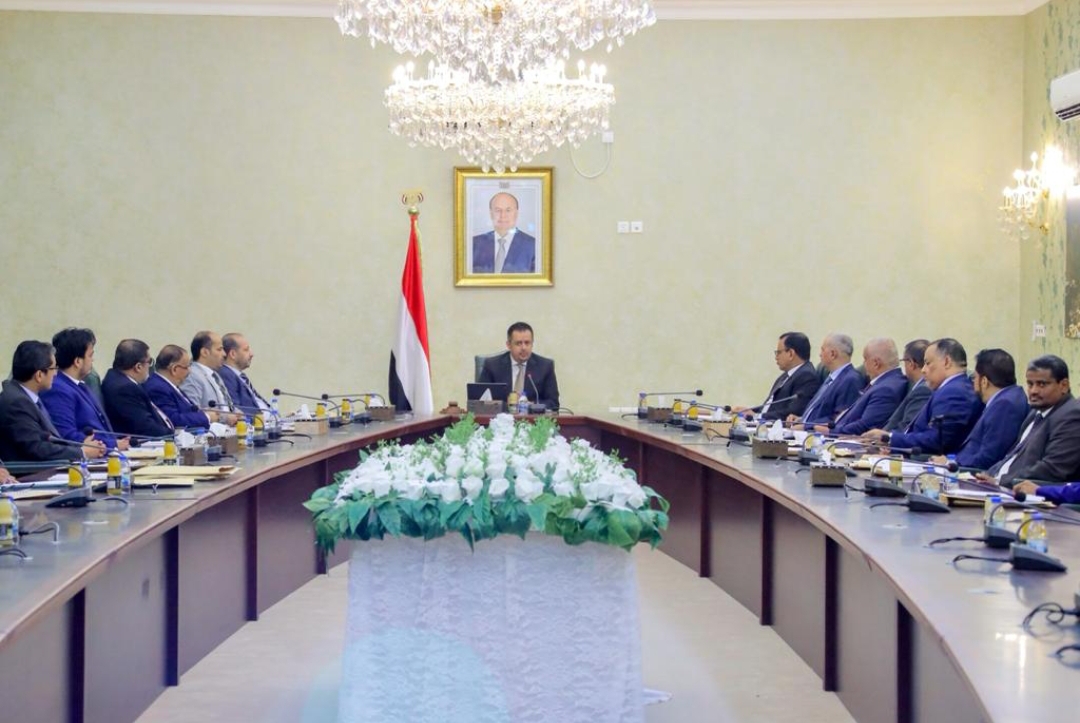 Aden (Debriefer) The Yemeni UN-recognized government on Saturday held its first official meeting chaired by PM Maeen Abdulmalek in Aden, nearly half a year after the cabinet was forced to leave the interim capital.
However, the ministers of defense, interior, information and youth were absent from the meeting, in which the foreign minister took part via online video.
With most of the absent ministers being disdained by the Emirati-backed Southern Transitional Council (STC), their absence sparked wide controversy.
It is unknown if their nonappearance was based on calls from the STC, which controls Aden, or on personal or job-related conditions.
Asked by Debriefer on the matter, an official in the prime ministry was reluctant to give any explanation, citing lack of authorization, while one of the relevant ministers did not answer phone calls.
The meeting was dedicated to discuss developments pertaining to political, military, security, economic and service issues for which a number of decisions were made, according to Saba.
The cabinet also discussed steps to cope with depreciation of the national currency and other complex challenges, and to secure oil supplies, the official news agency added.
Having formed following the Riyadh Agreement, the government left Aden last March due to tension with partners in the STC, that prompted its supporters to storm into the presidential palace hosting the government since the beginning of this year.
While it made its return to Aden conditional on full application of the stalled Riyadh deal, the government returned to the southern port city under international pressures to tackle economic difficulties from Yemen.
The Saudi-brokered Riyadh pact provides for the redeployment of military units out of cities and integration of STC-affiliated armed groups into the defense and interior ministries.
The separatist STC kept on reneging his commitments under the deal, refusing to demilitarize Aden and other cities under its sway.
The international combined pressures maybe were made together with promises of economic support and/or guarantees to have the pact applied in full.