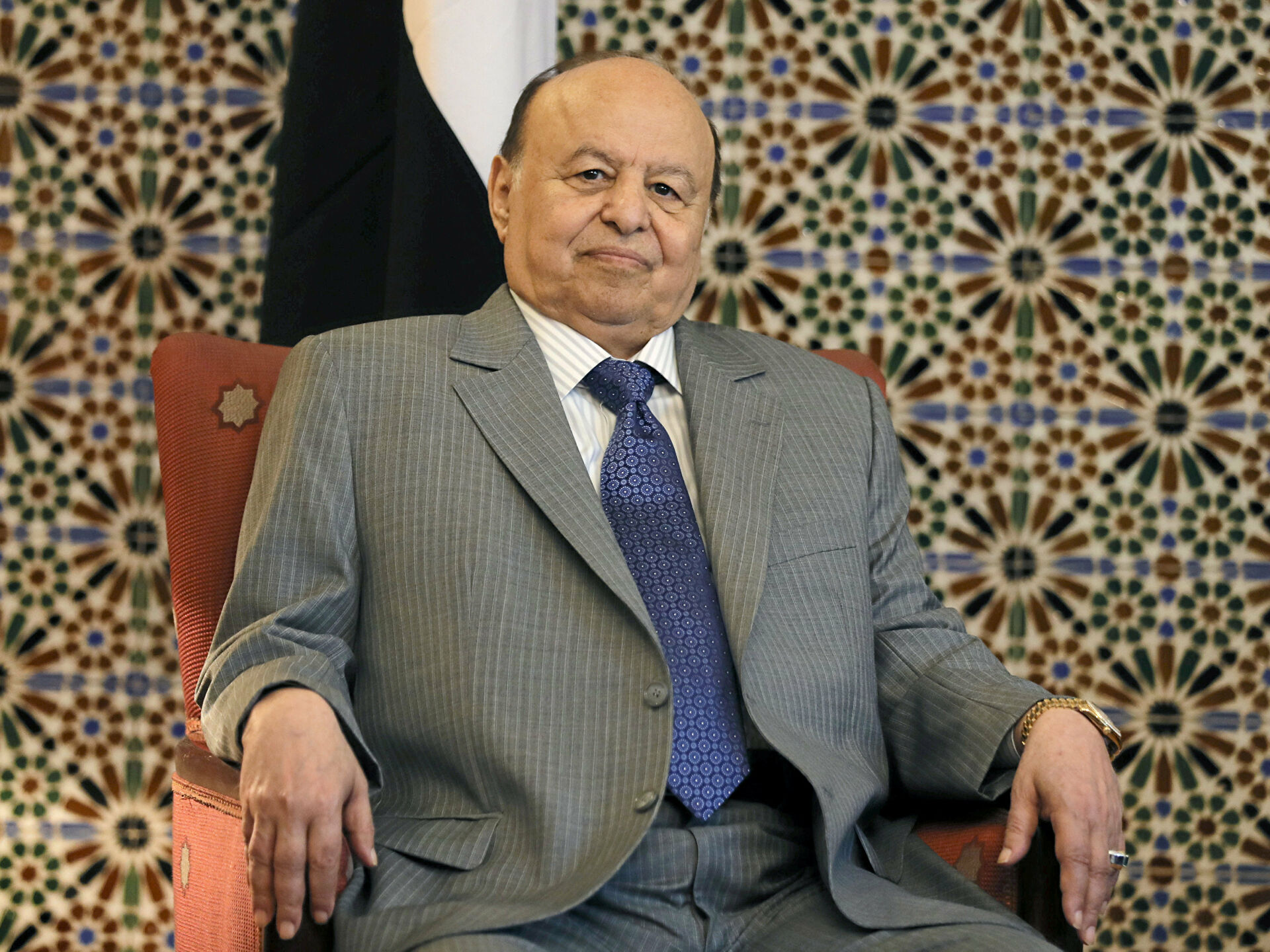 Report (Debriefer) Having yielded to Saudi-Emirati pressures, the Yemeni President, Abd Rabbu Mansour Hadi, has fired Shabwa governor, Mohamed Bin Edio, his most powerful assistant in the south, who long annoyed Abu Dhabi and its local supporters in Yemen.
Observers fear that Hadi decision would be another nail in his legitimacy's coffin and a gift to his rivals, as the President chose to oust the last of his powerful men and hand Shabwa to the Emirati-backed Southern Transitional Council that failed to seize the strategic governorate through peaceful and violent ways.
As he did earlier with Bin Daghr, Maysari, Jabwani, Jobari, Khasroof and others, President Hadi again proves unreliable ally who may sacrifice assistants in fulfillment of Saudi-Emirati wishes, observers say.
For others, However, this dramatic change is logic, when the economic and military challenges facing Yemen are considered. They say Hadi sacrificed the fetus to save the mother.
Carrot and stick approach, used by the Saudi-Emirati coalition, succeeded in pushing President Hadi to take this option, despite potential risks to the Yemeni legitimate authority's texture, some observers say.
The Arab coalition started planning to oust Shabwa governor when the man led calls for Emirati troops to leave and hand Balhaf economic facility to the Yemeni official government that would resume its activity and alleviate the economic crisis faced by the war-torn country, Labeeb al-Dhobhani said.
It was easy to see the stick approach practiced by the coalition – in the form of military failure in Baydha, Houthi advancement in Shabwa western districts, persistent pressure on Marib, and Joint Forces pullouts in Hodeida – to force the government to achieve this purpose, the Yemeni political activist added.
Economic conditions also served as effective weapon to stir the public resentment by making the Yemeni rial severely depreciate, putting more pressures on Hadi and his government.
Finally, the coalition used the carrot – by helping restore the local money value – to justify the ouster of Bin Edio, he said.
The ouster decision followed consultations held by Yemen's President and government with Riyadh, in search for a Saudi deposit that would support Aden Central Bank and, thus, help the rial recover, first-hand source said.
Shabwa former governor was then appointed as advisor to Hadi, but Bin Edio politely refused the offer in a letter to the President.
"I appreciate the very huge pressures exerted on the political leadership" in pressing for the ouster, Bin Edio said.