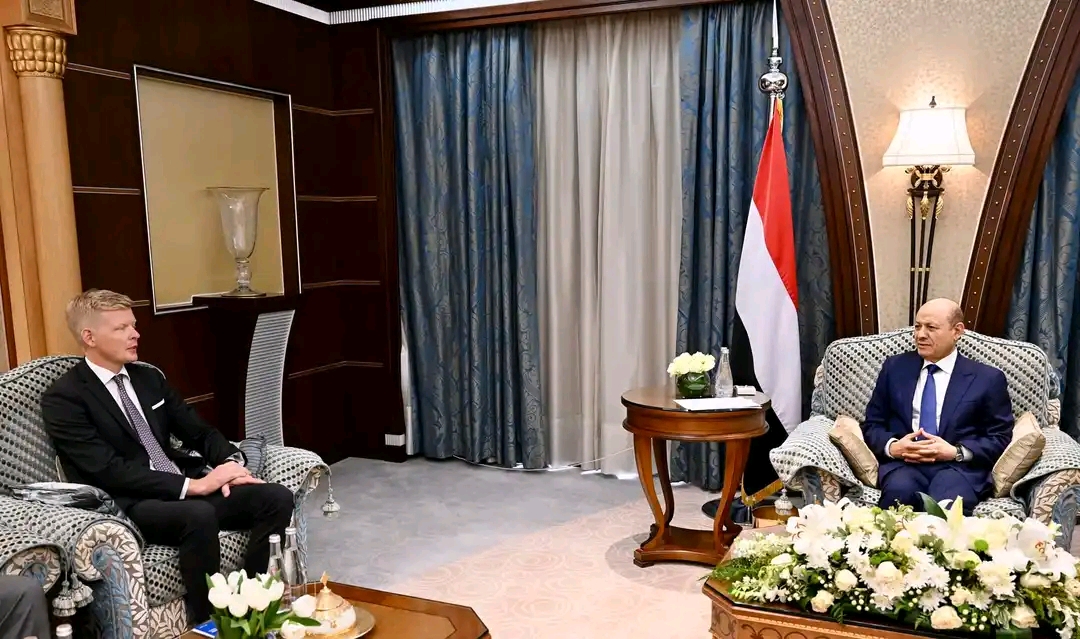 Riyadh (Debriefer) The Houthi group is to blame for the failed agreement to extend the UN-mediated truce, putting the country at risk of worsening humanitarian and living conditions, President of the Yemeni Leadership Council said on Monday.
Houthi military escalation in many fronts would have dire ramifications on the humanitarian situation, President Rashad al-Alimi said at meeting in Riyadh with the German ambassador to Yemen, Hubert Jeeger.
The Houthis are fully responsible for obstructing "the international and UN efforts to extend the truce, including [public] salaries payment, reopening of roads and release of thousands of prisoners."
The Yemeni President highlighted the need for a German role to further pressures and push the Houthi group to deal positively with peace efforts.