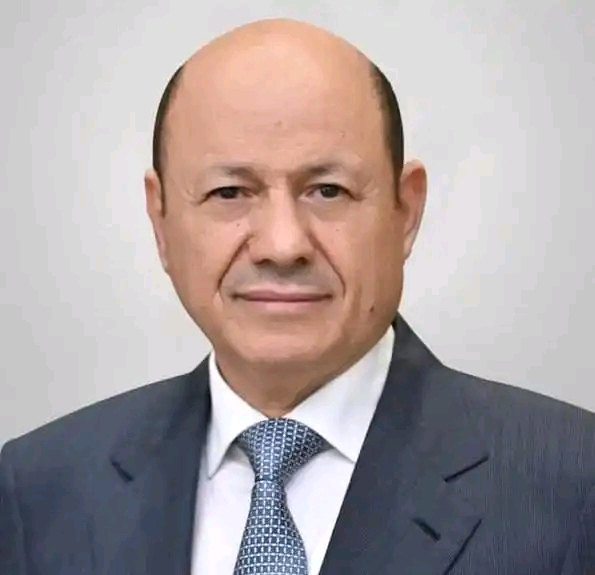 Aden (Debriefer) The infighting recently seen by the Yemeni southeastern city of Ataq in Shabwa governorate and resultant decisions have stirred an undeclared political differences among members of the Leadership Council (LC).
These disputes were indirectly admitted by the LC President in a speech carried by official media outlets on Wednesday following the "regretful events" in Shabwa.
"I assure you that me and LC members are holding continual meetings to deal with these regretful events.. amid the spirit of harmony stipulated in the Power Transfer Declaration," President Rashad al-Alimi told the Yemeni people in his speech on Wednesday night.
"Unfortunately, events on the ground kept dragging us to conflict beyond the spirit of this harmony," he added.
The LC decisions were based on constitutional responsibility, in a bid to end infighting, hold accountable those who sparked it, support the symbol of the State and its prestige (i.e. the local authority), and to stop bloodshed, Alimi said.
Last Monday, the LC decreed the replacement of 4 military and security senior leaders affiliated to the Islah Party in Shabwa, following the infighting.
The regretful events give additional lesson in the importance of rallying around the State's authority and exclusive right to power and decision-making in order to save the State's will and protect its people, the Yemeni President said.
Chaired by the defense minister, a fact-finding panel will "find out causes behind the deaths of our sons in the dear governorate of Shabwa, define the local authority's and military and security leaders' responsibility for and role in these events, and report results to the LC to take legally suitable actions.
"I'm today bear responsibility for leading the LC, on the basis of caring for the unity of political powers and all the military and security units.. in the face of the Iranian-backed Houthi coup."
President Alimi underscored the significance of the vital role played by the Saudi-Emirati-led coalition in support of the LC to restore the State and boost security and stability in liberated provinces.
"Any conflict between army mates will serve the coup leaders and their Iranian expansionist project in the region," he added, calling on all the parties to unite ranks, as "I won't let our guns get pointed at anyone but the common enemy of all the Yemenis."