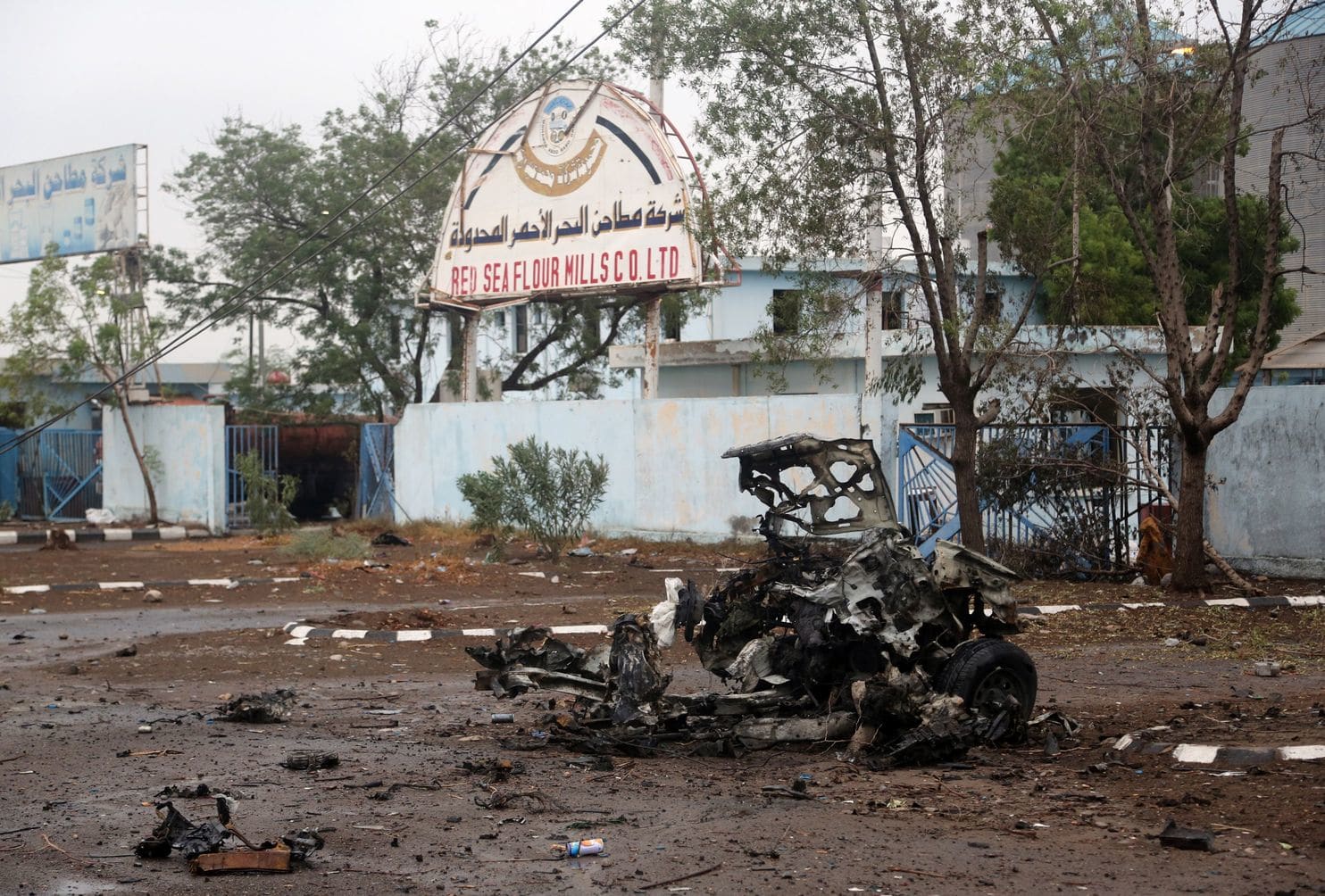 LAST SUNDAY, forces backed by the United Arab Emirates and Saudi Arabia launched a new offensive around Yemen’s port of Hodeida, through which flows 70 percent of the supplies for 8 million people in danger of starvation. On Wednesday, the Saudi-UAE coalition claimed to have blocked two key supply routes into the city, which is held by Houthi rebels who form one side in Yemen’s civil war. The fighting renews the risk that the hunger and epic cholera epidemic stalking Yemen will spiral out of control — a threat the United Nations has repeatedly cited in calling for a cease-fire.

It was, therefore, remarkable that the Trump administration on Tuesday certified to Congress that the Saudis and their allies are “making every effort to reduce the risk of civilian casualties” and facilitate humanitarian aid deliveries in Yemen. The official notice was required for the Pentagon to continue supporting Saudi and UAE operations, including bombing that has killed thousands of civilians. It flies in the face of the conclusions of virtually all other observers of the Yemen war, as well as the ongoing fighting on the ground.

Congress passed the Yemen aid restrictions last month in response to serial atrocities by the Saudi-UAE forces that a U.N. panel of experts said may amount to war crimes. Among them was the Aug. 9 airstrike on a bus packed with young boys that killed at least 51, including 40 children. CNN later reported that the bomb that destroyed the bus had been supplied by the United States, which also provides refueling support to coalition planes. Congress members such as Rep. Ted Lieu (D-Calif.) raised the legitimate concern that U.S. military personnel could be seen as aiding and abetting such crimes.

After the legislation passed, and with this week’s deadline for certification looming, the Saudi-UAE coalition issued a statement Sept. 1 calling the bus attack — which it previously had strongly defended — unjustified.The Trump administration, in turn, seized on that token gesture to justify its certification.

Independent international observers disagree. “There is little evidence of any attempt by the parties to the conflict to minimize civilian casualties,” the head of the U.N. investigation team said an Aug. 28 statement accompanying its report, which found that Saudi-UAE bombing was responsible for most of the civilian deaths in the three-year-old war. A report by Human Rights Watch said the “woefully inadequate” investigations by the Saudi-UAE coalition of civilian casualties were little more than coverups of likely war crimes.

It became clear long ago that the only solution to the Yemen war is a U.N.-brokered peace settlement, which the Trump administration claims to support. But a recent attempt to start the process in Geneva failed when Houthi leaders did not arrive; they said they had not been given safe travel guarantees by the Saudis, who control Yemen’s airspace. The new Saudi-UAE offensive began days later, raising the obvious question of whether the Gulf allies were ever serious about the peace process.

The same could be said of the Trump administration. In certifying the coalition’s behavior even as the assault on Hodeida went forward, the administration flouted Congress’s restrictions. Legislators should not let that stand.