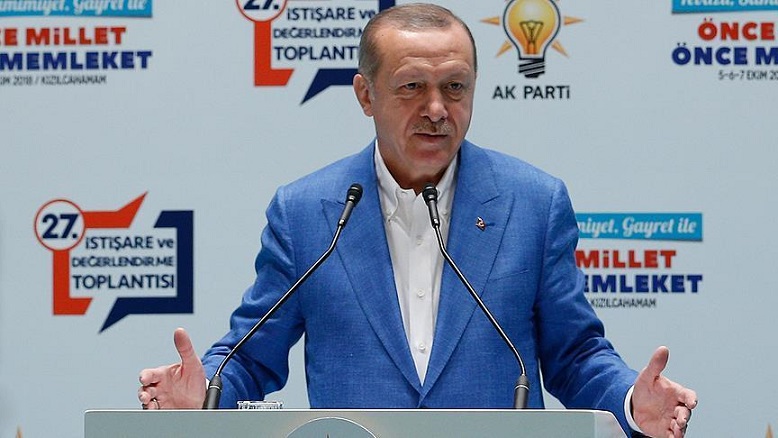 President Recep Tayyip Erdogan said on Sunday Turkey was not facing any worrying economic problems and would not seek assistance from the International Monetary Fund (IMF), despite a currency crisis and likely economic slowdown, Reuters reported.

Turkey has “closed the book on the IMF, not be opened again,” Erdoğan said in a speech to members of his Justice and Development Party (AKP).

Treasury and Finance Minister Berat Albayrak on Sept. 27 announced the country made a deal with world-famous American management consulting firm McKinsey & Company, a move that was regarded by some critics as a step before asking IMF for financial help.

However, the Turkish president on Saturday said he has ordered ministers not to work with McKinsey & Company.

“I told all my ministers: ‘You will not accept any advice or consultation from them.’ We do not need it. We’re able to do it by ourselves,” said Erdoğan

Earlier this week, data showed Turkey’s inflation surged to a 15-year high of nearly 25 percent in September. Albayrak had later said he would announce a program to battle rising inflation next week.

Albayrak was also cited as saying a rebalancing period in Turkey’s economy had begun and that there would be no compromise on budget discipline.