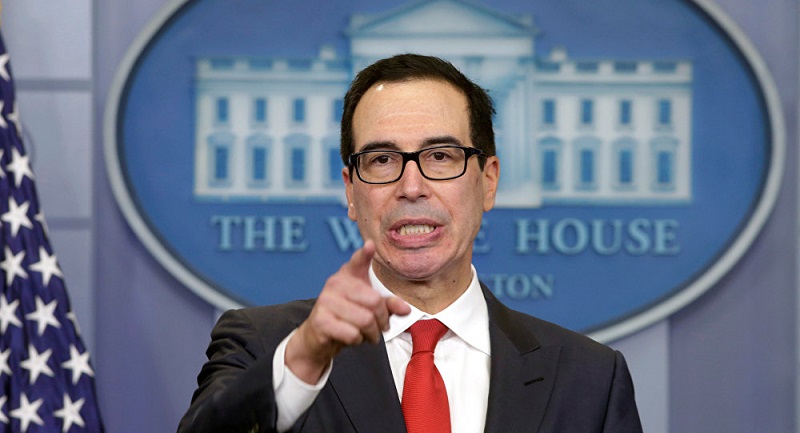 U.S. Treasury Secretary Steven Mnuchin said on Friday that he told China’s central bank chief that currency issues need to be part of any further U.S.-China trade talks and expressed his concerns about the yuan’s recent weakness.

Mnuchin also told Reuters in an interview that China needs to identify concrete “action items” to rebalance the two countries’ trade relationship before talks to resolve their disputes can resume.

The U.S. Treasury chief and People’s Bank of China Governor Yi Gang extensively discussed currency issues on the sidelines of the International Monetary Fund and World Bank annual meetings on the Indonesian resort island of Bali.

“I expressed my concern about the weakness in the (yuan) currency and that as part of any trade discussions, currency has to be part of the discussion,” Mnuchin said of the meeting.

The two senior officials talked about market fundamentals that have driven the yuan down against the dollar, Mnuchin said, adding: “I think we had a productive explanation from his standpoint on those issues.”

Yi told an investment audience on Thursday that China’s monetary policy was on an opposite cycle to that of the Federal Reserve, which has been raising rates amid a strong economy, people who attended the closed-door session said.

Mnuchin’s comments on China’s currency come ahead of next week’s scheduled release of a hotly anticipated Treasury report on currency manipulation, the first since a significant weakening of yuan began this spring as trade tensions between the world’s two largest economies escalated.

The yuan weakened on Friday to 6.912 to the dollar as China reported a record September trade surplus with the United States, fanning fears of an escalation of the two countries’ trade war.

The Chinese currency has depreciated by 5.6 percent against the dollar since the start of the year.