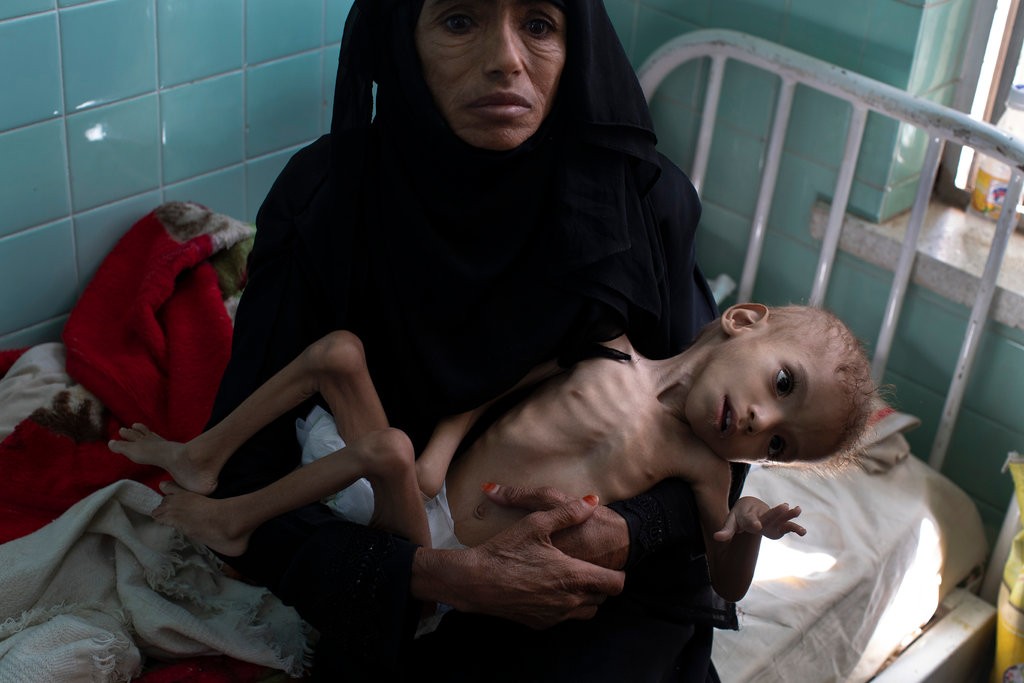 By The Editorial Board

Though much remains clouded in the murder of the Saudi journalist-in-exile Jamal Khashoggi, this much is clear: Saudi Arabia’s rulers are ruthless and not to be trusted or believed. It is now time to recognize those realities in the kingdom’s unspeakably cruel war in Yemen. The Trump administration has been prodded into demanding a cease-fire, but that seems only to have provoked new fighting. The United States, Britain and other enablers of the Saudi campaign can and must demand an immediate halt to the carnage.

Crown Prince Mohammed bin Salman, the de facto ruler of Saudi Arabia, revealed his true face in his lies about how Mr. Khashoggi met his end, though it was his thugs who strangled and dismembered the loyalist-turned-critic in their Istanbul consulate.

Hard on the furor over that murder, The Times published heart-rending reporting and photography by Declan Walsh and Tyler Hicks from the killing fields of Yemen, a war that Prince Mohammed has waged with murderous bombing raids using weapons largely provided by the United States. The wide eyes of a starving little girl became the face of a tribal and sectarian struggle that has rendered the Arabian Peninsula’s poorest country into a humanitarian nightmare. Shortly after her picture was taken, 7-year-old Amal Hussain died, just as innumerable other Yemeni children have died and continue to die.

Trump administration officials finally seem to have understood the horror and pointlessness of the war, in which the United States is deeply entangled by the ordnance, targeting and refueling it provides the Saudi-led coalition. Last week, Defense Secretary Jim Mattis urged all sides to stop the killing and to set a 30-day deadline for starting talks to cooperate with United Nations-facilitated peace negotiations. And Secretary of State Mike Pompeo issued a statement calling on the Houthi rebels to stop firing missiles into Saudi Arabia, and the Saudi-led coalition to stop bombing populated areas.

Both demands are long overdue, and they should have been made by President Trump along with a concrete warning that the United States will pull the plug on the military assistance if the Saudis persist in their irresponsible and indiscriminate bombing.

Minus a concrete threat, the Saudis seem to have taken the calls as a signal to make what gains they can now. The Saudi coalition pummeled the airport in Sana, the capital, and began an offensive against the Houthi-controlled port of Hodeida, a vital gateway for food and supplies. But the Houthis, who control Sana and much of northern Yemen, held, and the Saudi objective of defeating the rebels has come no closer.

That has been pretty much the situation since the civil war began in 2014, when the Houthis seized control of much of the country and forced President Abdu Rabbu Mansour Hadi, who remains the internationally recognized leader, to flee. Saudi Arabia, along with the United Arab Emirates and seven other Sunni Arab states, saw the Houthis as a proxy of Shiite Iran and initiated a military campaign to restore the government, with logistical and intelligence support from the United States, Britain and France.

The campaign, however, has turned into a cruel war of attrition. Under the leadership of Prince Mohammed, Saudi Arabia has tried to strangle the Houthis into submission through punishing bombing raids, blockades, withheld salaries and other punitive measures, driving Yemen toward collapse and a famine of catastrophic proportions. At least 10,000 Yemenis have been killed, and nearly half the population of 28 million faces starvation.

As the civilian casualties have escalated, Saudi Arabia has blithely denied responsibility, or, on a few rare occasions, has said it would investigate. In one of the worst attacks, Saudi-led forces dropped an American-sold bomb onto a school bus, killing at least 51 people, 40 of them children. In an interview with “Axios on HBO” that aired on Sunday, Mr. Trump called the attack a “horror show,” which he attributed to Saudi coalition forces not knowing how to use the weapon correctly.

Yet all along, Mr. Trump seems to be more worried about protecting the lucrative arms deals and maintaining his cozy relationship with Prince Mohammed than curbing the prince’s excesses and lies. But as Secretaries Pompeo and Mattis have recognized, a continuing blood bath in Yemen serves neither American nor Saudi interests; on the contrary, the United States, according to Amnesty International, stands “at risk of making itself an accessory to war crimes.”

The secretaries have taken a first step. The next must be to demand an immediate halt to the bombing, combined with the start of negotiations and a large-scale, global relief effort led by the United States. And if the prince hesitates, pull the plug on the arms.