China, US trade negotiators plan 'to meet in January' 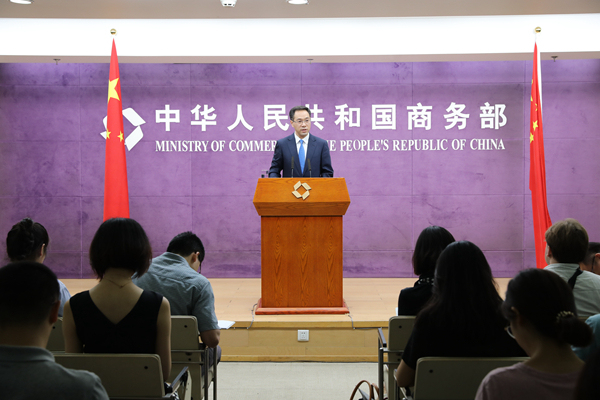 Trade negotiators from China and the United States are planning to meet in January for talks, Beijing said Thursday, but stopped short of confirming the exact date or location.

Both sides are engaged in a bruising trade war but relations have thawed since Chinese President Xi Jinping and US President Donald Trump agreed to a 90-day truce earlier this month.

"The Chinese and US economic and trade teams have always maintained close communication," said commerce ministry spokesman Gao Feng at a regular briefing.

"In January, in addition to maintaining intensive telephone consultations, the two sides have made specific arrangements for face-to-face consultations."

Deputy US Trade Representative Jeffrey Gerrish will lead the US team for talks during the week of January 7, Bloomberg reported, citing two people familiar with the matter.

Word of the meeting follows small signs of progress -- and the absence of new threats from Trump -- while the two sides work to ease trade tensions by March 1.

This would be the first face-to-face talks since the truce was agreed by both leaders on the sidelines of the G20 in Buenos Aires.

On Sunday, Beijing's commerce ministry said China and the US "made new progress" on the issues of trade balance and intellectual property during a phone call between officials from the two countries.

Beijing on December 14 announced that starting January 1 it would suspend extra tariffs added to US-made cars and auto parts.

China also resumed the purchase of US soybeans and eased investment rules for US companies following the truce.

Resolving the bruising spat with its key trade partner, the US, could help shore up confidence in the Chinese economy, which is bracing itself for a slowdown.

Washington and Beijing have slapped tit-for-tat tariffs on more than $300 billion worth of goods in total two-way trade, locking them in a conflict that has begun to eat into profits and contributed to stock market plunges.