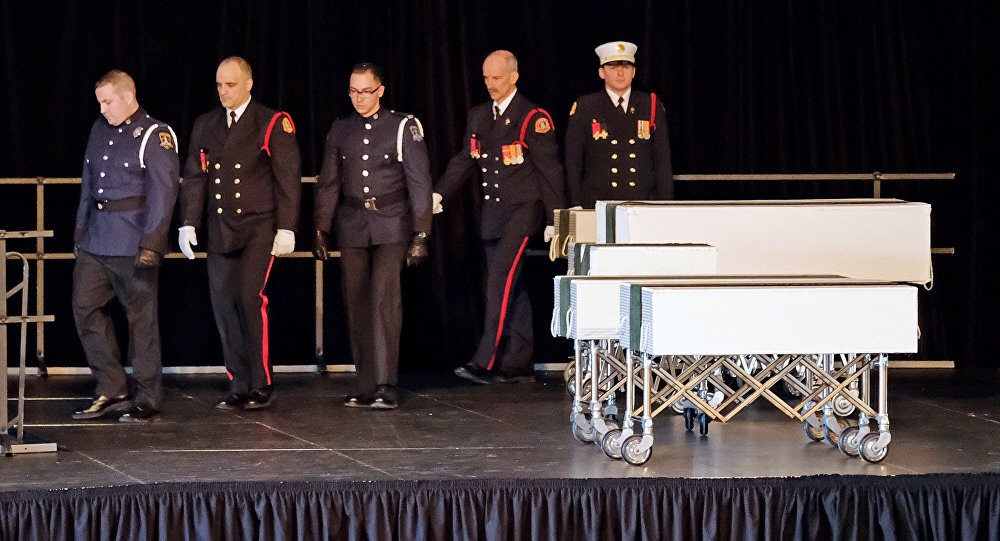 Hundreds of people attended the funeral on Saturday of seven Syrian refugee children killed in a house fire earlier this week in the eastern Canadian city of Halifax.

The Bahro family had moved to Canada in 2017, after being sponsored by a Halifax refugee society, and a widely watched YouTube video showed them being welcomed at an airport with flowers and balloons. The children ranged in age from 15 years old to four months.

“When it comes to our compassion and kindness...we can say we are one body, sharing this grief and sorrow they are experiencing,” said Muslim cleric Hamzah Mangera at the funeral.

The fire also left their father in critical condition in hospital. Their mother was released from hospital and dealing with “an overwhelming amount of grief”, according to Natalie Horne, vice president of the Hants East Assisting Refugees Team (HEART) Society.

The cause of the fire remains unknown to authorities, who say the investigation could take months to complete.