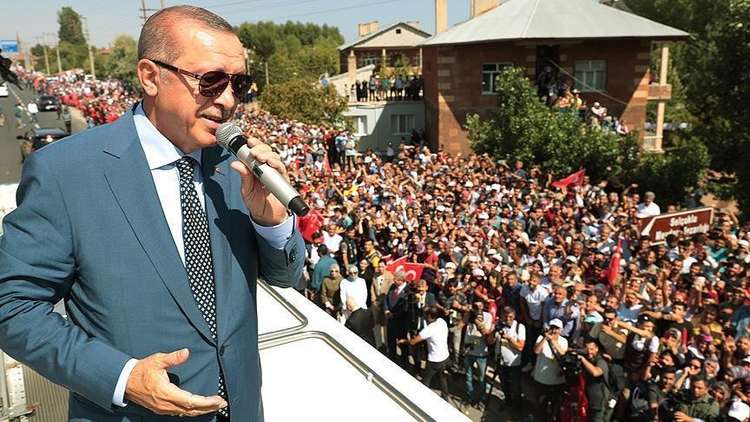 Turkish President Tayyip Erdogan said on Saturday Turkey's inflation rate would fall to 6 or 7 percent from the current 19-20 percent but did not clarify how he aims to reach the goal.

Delivering an election campaign speech in the northeastern city of Rize, Erdogan did not specify a timeline for his anti-inflation plan but appeared to be speaking about the period after local polls on March 31.

"The Turkish central bank's foreign exchange reserve was 100 billion dollars (when we took office)," Erdogan said. "We will go further as our central bank is strengthening again. The inflation rate will fall back to 6 to 7 percent. An inflation rate of 19 to 20 percent does not suit us."

Annual inflation stood just above 20 percent in January and data on Monday is expected to show a slight decline to 19.9 percent in February, a Reuters poll showed on Thursday.

Political uncertainty and investor concern over Erdogan's monetary policy drove a sell-off in the Turkish lira in 2018, causing the currency to fall nearly 30 percent against the dollar and pushing inflation to more than 25 percent in October.

Inflation has been persistently high since, but has held below the policy rate, which the central bank hiked 6.25 percentage points to 24 percent in September.