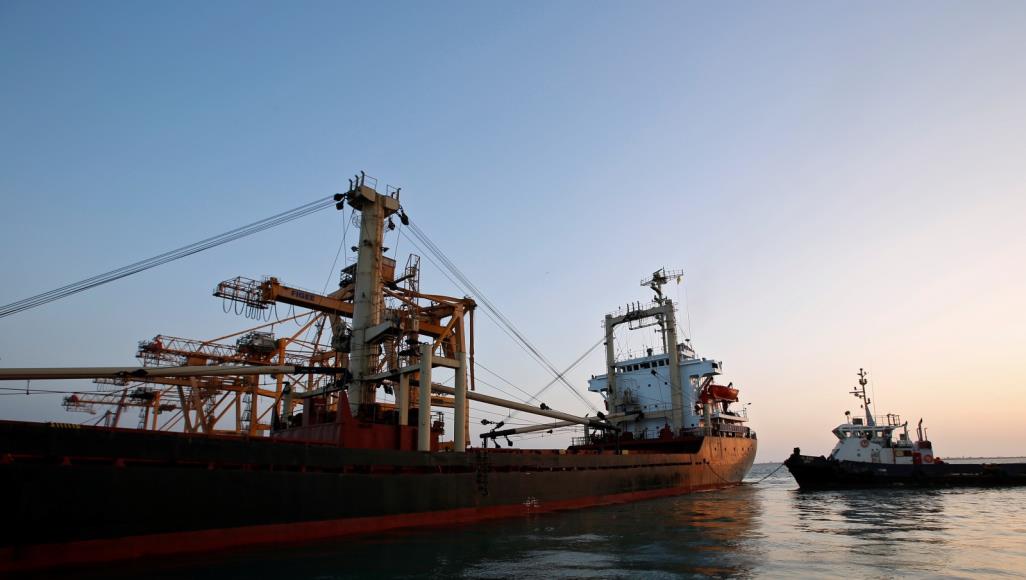 All oil shipments imported by Yemeni suppliers and arriving at Hodeida port have but one origin, the United Arab Emirates, said oil suppliers union in the Yemeni capital of Sana'a.

Emirates is the key partner in the Saudi-led Arab coalition waging a war in support of the internationally recognized government of Yemen against the Iranian-backed Houthis.

All oil shipments come through well-known UAE and Saudi companies, under legally complete documents and supported by banking transfers, the union added. "All this removes any doubts about any tankers or shipments originated in Iran."

The union asks all vessels to prove they have never been to Iran as a condition to transport oil shipments into Hodeida port, it said in a statement carried by the Sana'a-based Saba.

Yemen has been racked by an armed conflict that broke out after the Iranian-backed Houthis had ousted the government late in 2014. The conflict escalated after a Saudi-led coalition intervened militarily in the country in March 2015 to reinstate President Hadi and his government.

The capital of Sana'a is experiencing for more than one week now a fuel shortage, with Houthis accusing the coalition of holding eight tankers in Djibouti and obstructing their way to Yemen.

The official government-run Economic Committee issued a decision banning the importation of any oil shipment not approved by the Aden-based Central Bank of Yemen (CBY), warning that such shipments would be denied access by coalition.

The decision is aimed to stabilize the Yemeni rial, the Committee justified, which is trying to restore cash flow from black market to the CBY.

On April 9, the legitimate government called on qualified oil suppliers in Houthi-held areas to continue applying the mechanism governing the oil trade to all Yemeni ports.

The call comes as part of the government's determination to further stabilize rial and thus serve national economy, said a statement issued then by the Committee.

It stated it would cooperate with oil suppliers in bringing shipments into any port under government control and then transporting them to Houthi-held areas under international supervision, as part of applying the government relevant resolution.

It also decided to take all national and international legal actions against suppliers not in compliance with government decree and CBY directives.

"Any oil shipment into any Yemeni port in violation of the mechanism and government Decree 75 will be judged as contribution to the collapse of the national currency, as evasion from international banking controls aimed to combat money laundering and terrorism funding, as suspected participation in funding armed outlaw groups and as suspected practice of illegal oil trade in Yemen," the Committee warned.

But the Sana'a-based union said it had contacts with the Committee, "which has not allowed the oil tankers in Hodeida port, and conveyed the suppliers' objections to obstructive conditions and laborious measures" adopted by the Committee for its approval.

The union, however, accused the Committee of failing to honor its promises, although the latter announced few days ago that 4 out of 12 vessels did get in.

"In fact, no ship was unfortunately permitted [to enter], except (Navarino) tanker with 9556 tons of petrol on board," said the union re-urging the Committee to give access for the vessels and alleviate people's suffering.

On Sunday, the Houthi-run oil company held the Committee responsible for "all the consequences of continually seizing the vessels of oil derivatives and prolonging the crisis and suffering of the Yemeni people."

The company said the statement by the union "confirms that the committee lacks the minimum standards of national and humanitarian responsibility and represents a tool of crime to destroy the national economy."

"The statement confirms that all shipments of oil derivatives on the seized vessels were shipped from UAE ports and through UAE and Saudi companies, but not from Iran, as the commission claims," the Houthi-run Saba quoted the company as saying.