Facebook on trial for 'censorship' after deplatforming Polish nationalist pages 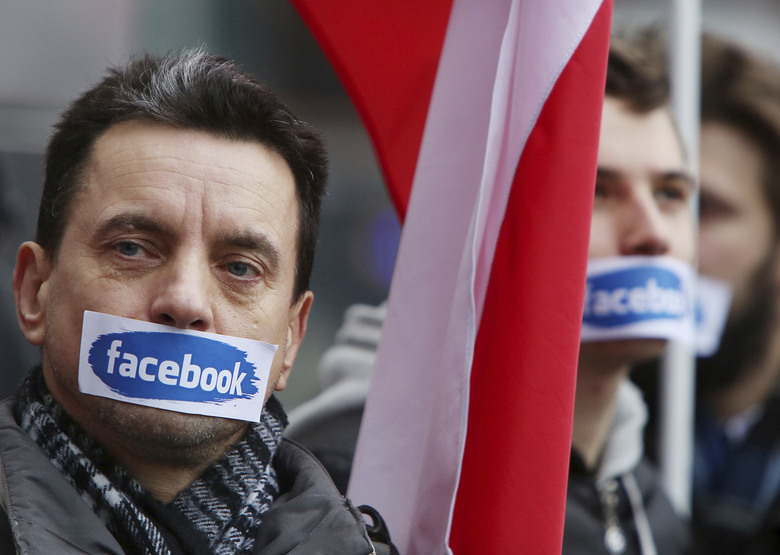 A Polish historian has taken Facebook to court over the company's increasingly heavy-handed censorship practices, accusing the social network of discrimination based on nationality, political views and religion.

Maciej Swirski, president of the Polish League Against Defamation, has complained that Facebook suspended multiple accounts that posted information about a 2016 Independence Day march sponsored by nationalist groups, even though nothing about the event or the posts appeared to violate the site's rules.

"I'm not a member of the National Movement, but as a citizen I wanted to inform myself on the event in question and I was blocked from doing so," he told AFP, adding that while the platform had not censored his own speech, it had prevented him from accessing "content that I had wanted to see."

"We'd like to know what mechanisms Facebook uses to moderate content," Swirski said. In interviews with Polish media, he pointed out that anti-Catholic and anti-Christian pages were permitted to remain on the site despite hosting much more offensive content than the pages Facebook removed.Facebook has already tried to move the trial to a sealed courtroom in Palo Alto, California, but the Warsaw court hearing the case refused the change of venue. While Facebook's lawyers claim that as a private firm it is not obligated to publish any content, Swirski has argued the "global giant" is not a regular media company. The first hearing in the case took place on Wednesday, and the next one is scheduled for October 30.

Swirski has previously attacked the international media for its negative portrayal of Polish Independence Day celebrations, calling a BBC report on last year's celebratory parade a "sick joke" for its focus on "far right groups" and sensationalistic photos of handheld fireworks "that made Warsaw look like a riot zone," adding that the prime minister had expressly warned "foreign neo-fascists or other agitators" to steer clear of the festivities.

Facebook removed at least 27 Polish pages with nearly 2 million followers in the run-up to last month's EU parliamentary elections, at the prompting of online "activist network" Avaaz, whose researchers claimed to have uncovered nearly 200 right-wing pages and groups spreading "divisive content" including – but not limited to – "false and misleading information."

The Avaaz report targeted multiple EU countries, leading to 77 pre-election page takedowns and further fueling criticism that Facebook is unevenly enforcing its rules to target the political Right. The platform recently banned a number of prominent American conservative users and has declared war on the poorly-defined concept of "white nationalism," though its enforcement policy remains opaque and many users on both the Right and Left have accused the site of ideologically-motivated deplatforming.