Analysts: Oil could skyrocket to over $100-per-barrel if Iran-US war breaks out 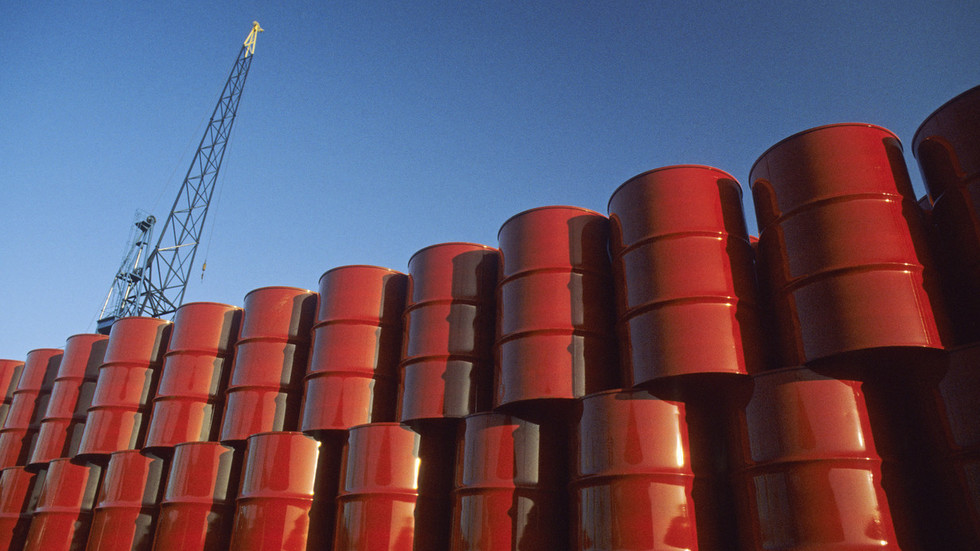 A full-fledged war between the US and Iran would immediately affect global crude prices, as the recent escalation of tensions in the Middle East has already shown. The only question now is how high could crude go.

Earlier in June, an adviser to Iran’s Supreme Leader Ali Khamenei warned that oil prices will spike to levels “unbearable” for the US and its allies, and is likely top $100 per barrel when and if the "first bullet" is fired in the Gulf.

Both crude benchmarks, West Texas Intermediate (WTI) and Brent, ended weekly trading in the green, after Tehran shot down a US surveillance drone over the Strait of Hormuz, a vital waterway for oil supplies. The biggest gains were seen right after the incident on Thursday, when WTI soared more than 4 percent and Brent was up more than 3 percent. These prices were the highest level reached since late May, with WTI settling at $57.43-a-barrel and Brent at $64.45 as trading closed on Friday.

The start of a war between the US and Iran may cause a supply disruption that would further send oil markets up, analysts have told RT.

“Certainly, the markets will react quite bullishly, especially if the Strait of Hormuz is shut down. We could easily see oil prices top $100-a-barrel,” Lipow Oil Associates president Andy Lipow said.

While an open conflict is unlikely to break out, oil prices can spike more than $100 if it comes to it, Jeffrey Tucker of the American Institute for Economic Research believes. However, it could take months to reach those levels, the analyst added.

“We could see a real spike of oil prices if a real war broke out,” he said, pointing out that “no one is ready for supply chain disruption” and would avoid an open confrontation.

Such crude prices were last seen in 2011-2013 and before the 2014 crash in the oil market. But, even if the possible increase happens, oil will not remain so high for long, according to research.

The bullish trend will depend heavily on the length of supply disruption in the Middle East, Lipow believes. “I would expect that it would last for several weeks or a month or two, until hostilities declined and the straits were reopened and safe for vessels transiting,” Lipow told RT.

Meanwhile, Tucker says that the temporary spike will last up to half-a-year as markets eventually stabilize.

Higher oil prices would certainly be beneficial for oil producers outside the Middle East and the Strait of Hormuz.

At the same time the chain disruption may hamper Kuwait and UAE oil sales, as they depend on transition of supplies through those waterways, Lipow told RT.

“I don’t think this conflict is good for anyone, but I suppose that there is a chance that US producers could believe that it’s in their interests,” analyst Tucker stated. He added that no one is currently ready for such disruption in the oil supply chains and that could be one of the reasons why the US pulled back from striking back at Iran.