Yemen: Emirati drawdown could give MBS a way out 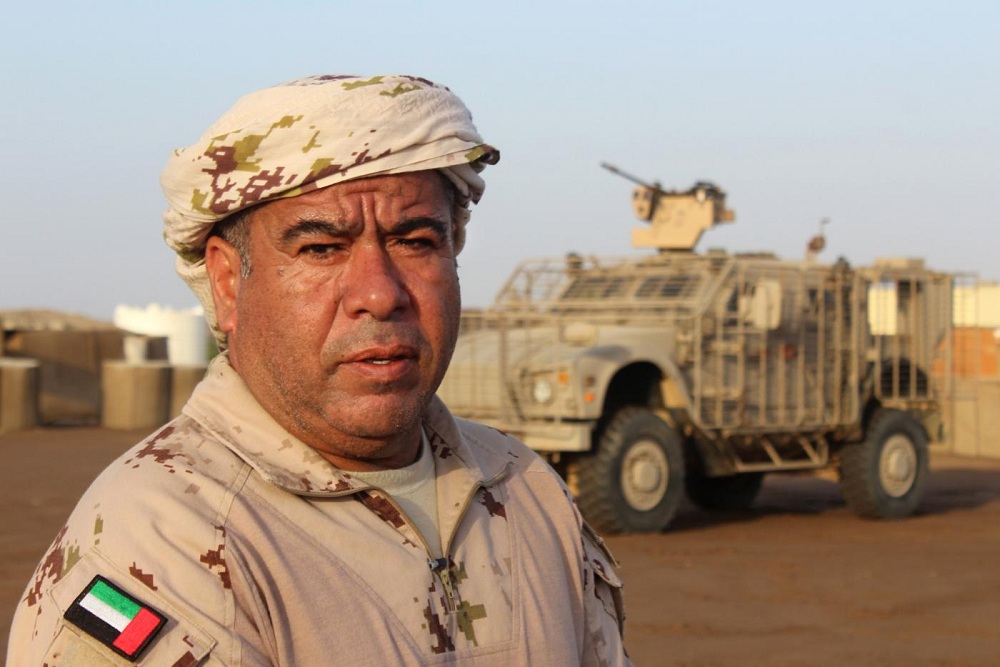 There was a time - and to the Saudi crown prince and de facto ruler, Mohammed bin Salman, it must now seem a long time ago - that a war against Yemen’s Houthi rebels sounded like a very good idea.

A quick win, using Saudi Arabia’s unchallenged air superiority in the north and their ally the United Arab Emirates’ ground forces in the south, would burnish his reputation as a young warrior prince in the mould of his grandfather and founder of the modern kingdom of Saudi Arabia, Ibn Saud.

It would buttress his claim to be the emerging leader of the Arab states.

A war of attrition

More than four years on the folly of that ill-thought out impulse is there for all to see: in the nearly 100,000 dead and many more wounded; the millions facing food insecurity, preventable disease and starvation; the destruction of essential infrastructure in one of the world’s poorest country.

Yemen’s war has stalemated. It has become a war of attrition between numerous factions, a war that Mohammed bin Salman, otherwise known as MBS, got himself and his country into without knowing what his exit strategy was.

That’s not a problem his counterpart and comrade in arms Mohammed bin Zayed, or MBZ, the crown prince of Abu Dhabi, faces.

Indeed the United Arab Emirates, a collection of seven Gulf emirates of which Abu Dhabi is the strongest and most powerful, has reportedly begun a drawdown of its forces.

MBZ is able to do so because in large part the UAE has accomplished pretty much all it wanted to in Yemen.

Unlike MBS, the Abu Dhabi crown prince had a clear strategy which he has executed pretty much to perfection. It was to secure the crucial southern port city of Aden, to lay claim to the vital island of Socotra in the Gulf of Aden, and to make common cause with the secessionist forces in the south, with a view to splitting Yemen apart into two separate countries, as it was prior to 1990. A reborn South Yemen would in effect be a client state of the UAE.

This was not a strategy in isolation. Socotra, which has escaped mostly unscathed from the terrible damage inflicted elsewhere in Yemen, sits at the crossroads between the Arabian Peninsula and Asia. The UAE already has deep trading ties with India and wants to expand its energy sales to growing markets in the sub-continent.

Aden, itself a very desirable port jewel, is close to the Bab al-Mandab, the narrow neck of water between Yemen and the Horn of Africa, where the Emiratis have been busy building maritime ports and military bases in Somaliland, Puntland and Eritrea.

Those ports and bases are important both to enhance the UAE’s presence in the region and to provide military clout to protect Bab al-Mandab which sees nearly five million barrels of oil pass through it each day.

In addition, the UN brokered ceasefire in December of last year around the Red Sea port of Hodeidah, controlled by the rebels but besieged by coalition forces, though fragile, still holds even as new attacks by both the Houthis and  coalition forces continue elsewhere. The ceasefire provides the Emiratis with enough cover to justify the drawing down of their military presence.

They can also point to the successful recapture of the port city of Mukallah, east of Aden, from Al- Qaeda in 2016 as evidence that they have done their part in the war on terror, earning respect from the United States and polishing their credentials as Little Sparta, the glowing accolade bestowed on them by Pentagon generals, the same generals who privately hold the Saudi military in low esteem.

Meanwhile MBS is stuck in a quagmire. The Houthis are a skilled and ruthless opponent; they have remained well entrenched in the capital Sanaa and in their heartland in the north of the country. They have exploited Saudi vulnerability to missile and drone attacks, most recently in a strike on the airport of the southern Saudi city of Abha, the third in a series of attacks that has killed one person and left dozens more injured. 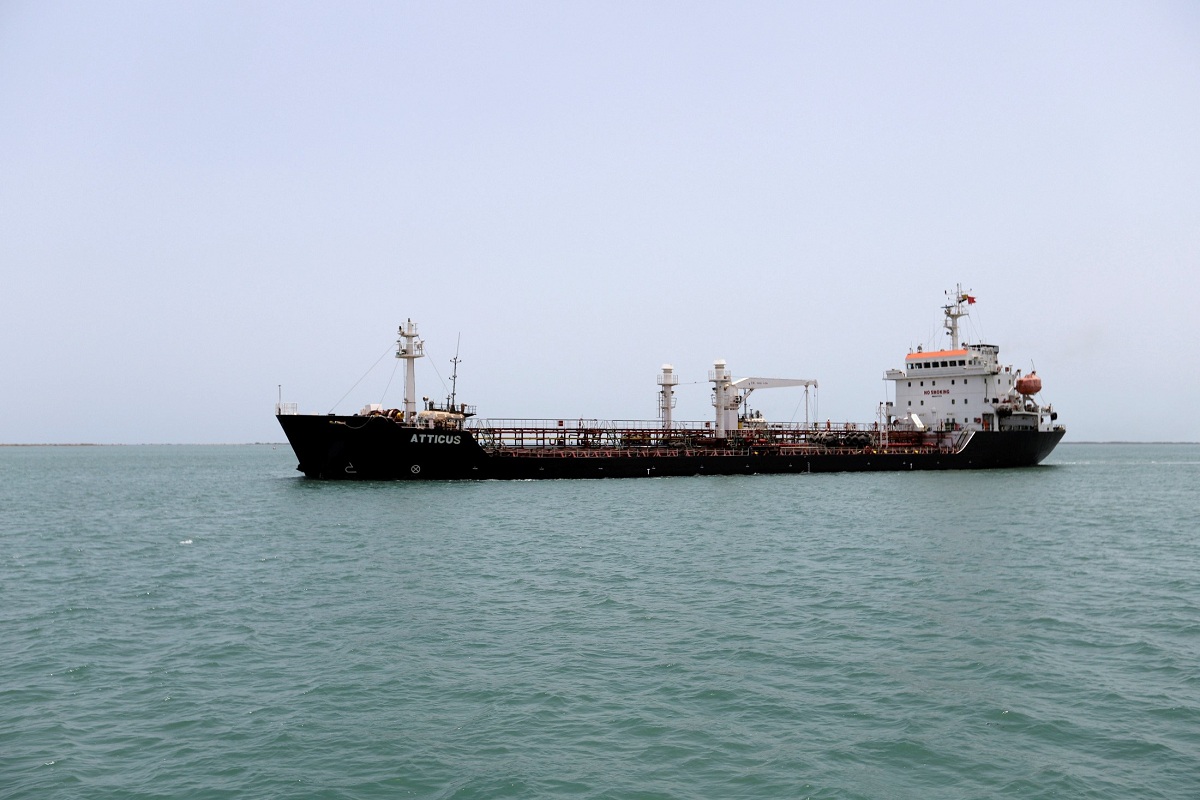 The Houthis have said they can hit any airport in Saudi Arabia and while the Saudis boast a sophisticated missile defence shield, the relative ease with which it is being punctured does suggest serious deficiencies in the skill set with which it is deployed.

Added to that, it is the Saudis who have been the target of global condemnation for the way in which they have conducted the war, while the Emiratis have - by and large - escaped opprobrium, even though they stand accused of numerous human rights violations in the southern theatre of operations under their authority.

The Emirati drawdown should set alarm bells ringing in Riyadh. When your comrade in arms decides enough’s enough, then it is time to start rethinking what exactly you are doing at the dance. The Saudis have said with justification that every time they push for talks, the Houthis agree and then back out. They argue it is the Houthis, backed by Iran, who are prolonging the war.

That may well be the case but the only way for MBS to extricate his country is to take the road signposted political settlement.

The Houthis will not be bombed to the negotiating table. That means, I believe, a unilateral cessation of the air campaign, with a tight time frame and outside pressure to get the Houthis to the table, this time to stay.

It has the virtue of casting the Saudis in a favourable light, something they may want to grasp as condemnation grows, particularly in the US, where both houses of Congress have passed bills to end military support for the war.

Granted, such a step is only a very modest beginning in the effort to put a stop to a savage and complicated war that otherwise will continue with no end in sight.

However, MBZ’s decision to strategically draw down his own troops may be just the opening that Mohammed bin Salman needs. For the sake of the Yemeni people, let us hope he takes that step.

The views expressed in this article belong to the author and do not necessarily reflect the editorial policy of Middle East Eye.

Bill Law is a Sony award-winning journalist. He joined the BBC in 1995 and since 2002 has reported extensively from the Middle East. He has travelled to the Kingdom of Saudi Arabia many times. In 2003 he was one of the first journalists to cover the beginnings of the insurgency that engulfed Iraq. His documentary The Gulf: Armed & Dangerous which aired in late 2010 anticipated the revolutions that became the Arab Spring. He then covered the uprisings in Egypt, Libya and Bahrain. He has also reported from Afghanistan and Pakistan. Before leaving the BBC in April 2014, Mr Law was the corporation’s Gulf analyst. He now works as a freelance journalist focusing on the Gulf.